12 Reasons to Let Your Kid Major In Music 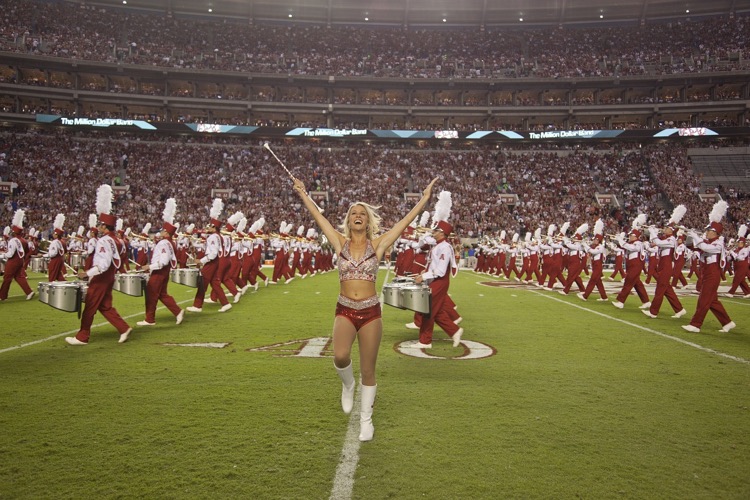 1. They won’t spend four years trying to decide what to major in.

Most students float through four-year overpriced universities wondering, ‘what should I major in?’

This is a lot of money we’re talking about.  So ask yourself: which is the better investment?  Something focused, directed and passionate?  Or four years of floating blah?

2. It doesn’t have to be a ticket to poverty.

A lot of musicians don’t want to be business people.  But that’s like a dentist refusing to deal with the accounting because they only want to look at x-rays.

But music majors can focus on being entrepreneurial from the start.  And a music education can also cover a wide range of disciplines and activities.

3. A music major isn’t only about performance.

If performance doesn’t pan out, there are innumerable companies in music technology that need talented, music-focused people.  And broader music education will balance performance discipline with music industry and technology skills, increasing the chance of a fruitful career.

There are a lot of directions you can go with a music degree.

4. The extreme discipline of music translates into other areas.

The ‘Renaissance man’ degree doesn’t cut it in the cut-throat United States anymore.  It’s better to focus on something you actually care about instead of becoming a generalist.

But music is actually extremely technical, and heavily tied to mathematics and other technical disciplines.  The skills transfer.

Clayton Christensen thinks half the universities in America are going to be bankrupt in 10-15 years.  What they teach may also be severely dated by then as well.

But a growing number of people are questioning the value of a college education — right now.

Employers usually like to see a degree.  Does it matter if it’s in music or Greek Studies?

6. A music major solves the social pressures and alcoholism of undergrad.

College can be a place to build social skills and forge life-long relationships.  It can also be a brutal social environment with endless pressure to confirm, consume massive amounts of alcohol and do things you don’t like.

A music degree offers far greater focus and discipline towards solving those anxieties and pressures.

7. There’s plenty of time to learn other skills.

You can’t practice all day on your instrument.  Maybe 6 hours max, depending.  So you have plenty of time to learn other stuff.  Maybe even an entire summer to diversify.

Even better, you can minor in something that offers some additional security if music doesn’t quite work (more on that later).  It protects the downside risk.

+ The Young Person’s Guide to Getting Into the Music Industry

8. There are also online music educations.

Berklee College of Music has an online program that is 62% cheaper than attending as a conventional student.   It’s been going since 2002, and can save everyone a ton of cash.  It’s also a cheaper way to test your ‘market viability’ as a musician.

9. Your kid will never say, ‘you never let me go to music school’.

Let reality crush your kid’s dreams.  Not you.

10. Your kid will never say, ‘I should have pursued music, I’d be happier’.

A music career can be incredibly rewarding and financially viable.  It can also be brutally hard.  But it’s better to let life teach your kids these lessons.

11. You can always minor in something practical and safe.

Minor in computer science.  Study accounting or engineering as a minor.  In the end, you’re kid will probably find an innovative way to combine it all.  Or, simply pursue a music career on the side.

Full or partial, that’s less financial burden for you.  In that case, the worst you’ve wasted is four years — but it’s the furthest thing from wasted time.

And hey: before you go…

Be sure to check out our latest guide on music schools in America (and beyond).  Accordingly, there are a lot of great universities and music programs you may not have thought of.  Thanks for reading!