Morrissey Defends Kevin Spacey: ‘Almost everyone is guilty of sleeping with minors.’ 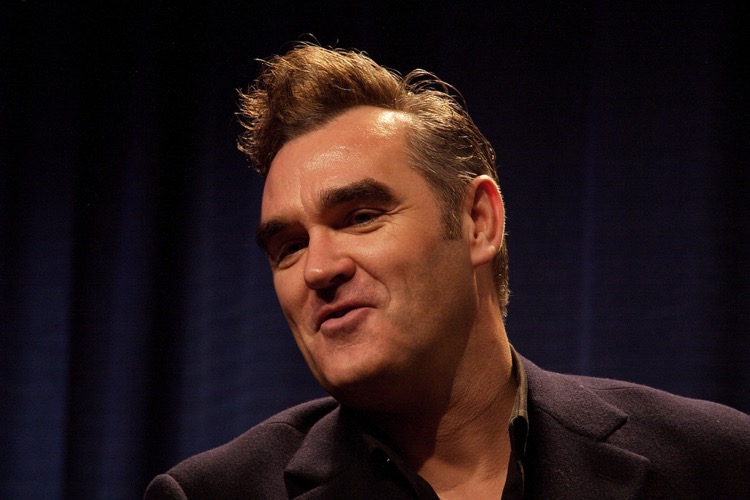 Morrissey is no stranger to controversy.  But he’s largely been quiet during a spate of sexual assault allegations involving Hollywood and media power-players.  That ends now.

In a just-published interview, Morrissey defended both Kevin Spacey and Harvey Weinstein.  Both men have witnessed their careers disappear amidst scores of abuse allegations.

But Morrissey has a different take on things.

(The original text (in German) is here.)

“All at once, everyone is guilty,” Morrissey told Der Spiegel.  “Anyone who has ever said to someone else, ‘I like you,’ is suddenly being charged with sexual harassment.  You have to put these things in the proper context.”

Morrissey partly blamed the issue on the awkwardness of human relations.

“If I can’t tell anyone that I like him, how should he ever know?  Of course, there are extreme cases, rape is disgusting, every physical attack is repulsive.  But we have to see it in relative terms.  Otherwise, every person on this planet is guilty.

We can’t permanently decide what we’re allowed to do and what we aren’t allowed to do. Because then we’re all trapped.  Some people are very awkward when it comes to romance anyway.  They don’t know what to do, and then their behavior is aggressive.”

Rapp shocked the world after claiming that Kevin Spacey assaulted him when he was just 14.  Spacey, 26 at the time of the alleged attack, says he has no recollection of isolating Rapp in a bedroom at one of his parties.  The celebrated actor didn’t plead guilty, but did point to potentially drunken behavior.

Morrissey also questioned why Rapp was in that situation in the first place.

“As far as I know, [Spacey] was in a bedroom with a 14-year-old.  Kevin Spacey was 26 and the boy was 14.  I’m wondering where the boy’s parents were?  One also wonders if the boy didn’t know what could happen. I don’t know about you, but I’ve never been in situations like this in my youth.  Never.  I always knew what could happen.  When you are in somebody’s bedroom, you have to be aware of where that can lead.  That’s why it doesn’t sound very credible to me.

The interview then turns to Weinstein, though Morrissey seems to be addressing both situations.

“People know exactly what happens.  And they play along.  Afterward, they feel embarrassed, or they do not like it.  And then they turn it around and say: I was attacked, I was surprised, I was dragged into the room.  But if everything had gone well and had it given them a great career, they wouldn’t talk about it.

“I hate rape, I hate attacks, I hate sexual situations that are forced on someone. But in many cases, if you really look at the circumstances, the person referred to as a victim is just disappointed.

“Throughout the history of music and rock ‘n’ roll there have been musicians who have slept with their groupies. If you go through history, almost everyone is guilty of sleeping with minors.”

The conversation then turns to David Bowie, who allegedly had intercourse with a 15 year-old virgin.

“That was absolutely normal then,” Morrissey replied.