Goodbye, Net Neutrality? What This Could Mean For the Music Industry 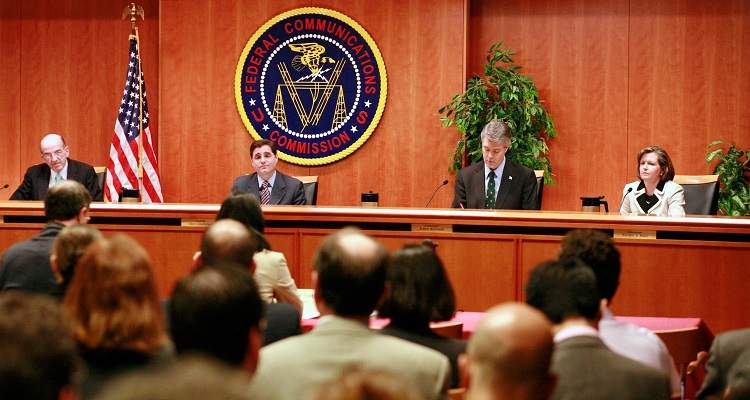 If the FCC rolls back net neutrality rules, expect indie artists, labels, and publishers to feel the pain.

Just two years in, is net neutrality about to go away?

According to multiple reports, the FCC will unveil plans to eliminate Obama-era rules on net neutrality later this week.

Under current guidelines, broadband companies like Verizon, Comcast, and AT&T must treat all web traffic equally.  American ISPs are also forbidden from providing “paid prioritization.”  According to rules enacted in 2015, they have to make all parts of the internet completely accessible.

According to the Wall Street Journal, though, the FCC may vote on new rules which would “thoroughly dismantle” current net neutrality provisions.  The announcement may come as soon as Wednesday.

What does this mean for the music industry?

Imagine this.  As an independent artist, you struggle to get noticed on the internet.  Today, to make a living, you (or your band) may sell, distribute and promote your music.  Streaming platforms like Spotify and Apple Music may offer subsistence, but direct online sales of merchandise and concert tickets may offer a bigger payout.

If (and when) the FCC eliminates net neutrality rules, larger companies could easily lobby for ‘premium prioritization.’  This means that consumers would have to pay more to access their favorite sites.  Your website may not make the list.

Access to the internet could become a two-tiered system based solely on financial success.

Independent musicians, DJs, producers, and bands, meanwhile, would face rapid marginalization.  Major music labels (Sony, UMG, and WMG) could pay Facebook to promote big-name artists like Taylor Swift and Adele.  Users on these platforms, and even on video services (YouTube, Vimeo), would constantly see ads for these big names.

Indie artists could face an uphill battle just to get noticed.

That’s on the artist side.  But what about smaller, independent streaming platforms?  Would Spotify, Apple Music, and Amazon Music pay to have faster access to their platforms?  If users pay higher rates for quicker access to more-popular platforms, what would happen to artists on SoundCloud?

Others could also get shorted.  Drip by Kickstarter and Patreon would soon become a less attractive platform for musicians and content creators.  Fans would likely access their favorite music on YouTube, a platform with mostly terrible payouts.  As a result, the value gap would also grow wider.

In the end, musicians would live the worst-case scenario: a lopsided music industry favoring the strong.

According to FCC Chairman Ajit Pai, eliminating net neutrality rules would actually promote investment and innovation.  Internet service providers wouldn’t have to worry about “rate regulation and other heavy-handed oversight.”  Pai added that the FCC would “relinquish any authority over Internet traffic exchange.”

With an incentive to provide faster connections to websites, ISPs could form alliances with larger companies.  They could then offer consumers “bundles of services and creative pricing.”  Given the success of these partnerships, international ISPs may quickly follow suit with similar deals.

While the FCC would no longer regulate ISPs, the FTC would face the daunting task of protecting the American consumer.  Yet, some groups claim that the FTC would have limited power to enforce fair business practices. The National Hispanic Media Coalition wrote,

If announced this week, the FCC would adopt the new rules following an internal vote on December 14th.