Can I Still Listen to My Favorite Band After Learning They’re Awful People? 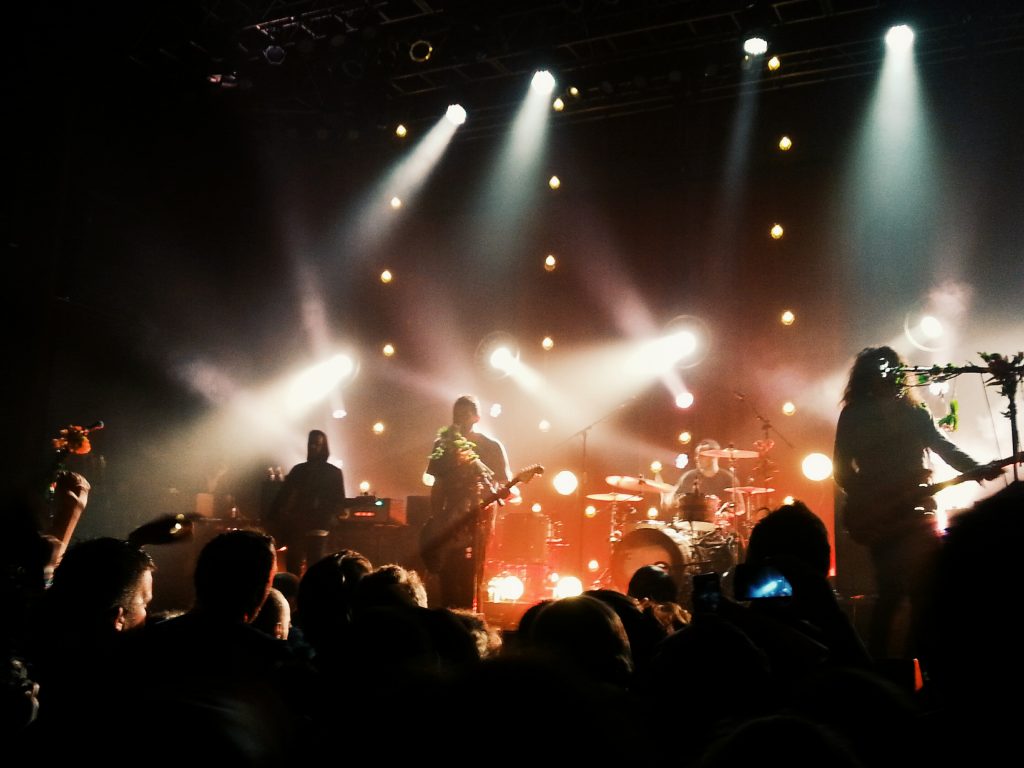 Last Friday, amidst the deluge of sexual allegations that have been inundating our society, a friend texted me.

He didn’t give any details.  He didn’t need to.  In the last few weeks, with new scandals being uncovered every day, it’s gotten pretty easy to surmise details from a simple name.

For those of you who aren’t as big of fans of third wave emo as I am, let me give you a refresher.

In a post on the band’s Facebook page, Jesse admitted to these accusations, which he vaguely referred to as “the actions of my past”.  The band has cancelled the remainder of their current tour.

The day after the news broke, I got an email.

The vinyl copy of their new album Science Fiction that I ordered had finally shipped from the record label.

I was in a quandary. I still wanted to listen to the album (I enjoyed it enough to buy it, after all).  But how could I do so knowing what Jesse Lacey had done?

Is it possible—or even ethical—to separate the artist from their art in a situation like this?

I should back up a little bit.

When my friend texted me with the news, I wasn’t surprised. In his always-witty, often self-deprecating lyrics, Jesse had never portrayed himself as anything but a too-smooth-for-his-own-good scoundrel who wasn’t to be trusted.  And to be honest, I believed him.

This is especially true of their first two albums (which honestly, I’ve never cared for).  Those albums were riddled with threats that he’d “tear you apart” before offering to “die at your hand,” all between hushed references to “The Quiet Things that Nobody Knows.”

Their third album, The Devil And God Are Raging Inside Me (the album written after seeking treatment, according to the Facebook apology), found Jesse fighting his demons.  The confessions are especially chilling now—especially “your daughters weren’t careful/I fear that I am a slippery slope.”

I’ve gone through the lyrics on TDAGARIM and was stunned by how many pieces have fallen into place.  We’ve put a face to Jesse’s demons, and it’s a bit nauseating.

And yet, none of that can change the impact that album has had on my life.  The tone of the lyrics were a huge inspiration for writing my first album.  A number of my friends’ bands list that record as their chief influence, both in sonics and in mood.

But in the light of these allegations, can we listen to Brand New the same way without somehow endorsing his actions?

It’s a conversation I’ve had with a number of fellow fans.  And it’s been heavy on the emo community the last several days, with different responses.

One of my friends said it felt like a breakup. Another said it tainted their music. Almost everyone I talked to agreed that we won’t give them any more of our money.

But some members of the Brand New group on Reddit even defended him.  That includes one disgusting assertion that 14 is the age of consent in some countries, so it’s really not that bad.

I’m not sure I’ve come to a completely cohesive answer, myself—I’m still in process.  But I know this isn’t just about Jesse Lacey.

First, I want to say something loud and clear.

If emo kids can’t listen to Brand New anymore, that “loss” doesn’t even begin to compare to the damage done to these two girls (and any other victims that might not have the courage to step out).  It’s easy in a conversation like this for fans to feel like they were betrayed and victimized.  But that’s nothing compared to the real and long-lasting psychological effects these women have gone through.

Now that that’s out, let’s move on.

As I’ve thought about these incidents, I’ve found myself reflecting a lot on the independent music scene of the mid-2000s.

If you remember MySpace circa 2004-2006, you probably remember how creepy and sexualized it was.  That site was littered with underage girls in their underwear, many as young as fifteen or fourteen.  We told those girls that this was a good and worthwhile thing to do.  And we rewarded them with thousands of friend requests — many of these from dudes in their twenties.

The truth is, Jesse’s actions, heinous though they may be, are just the tip of the iceberg. He was not alone. This sort of behavior was absolutely endemic in the scene. And every time I brought this up with a female friend, there was a sort of break in the conversation. A sigh of acknowledgement, a moment of dull recollection. One friend said, “I was a teenage girl once, and I hung out with band dudes. And…yeah.”

This isn’t only isolated to mid-2000s emo though. This is true of rock and roll’s entire history.

Since the dawn of the music industry, teenage girls have been told that the way that they engage with the music community is with their bodies.  Boys were allowed to pick up a guitar and start a crappy pop punk band.  But if a girl wanted to be part of the music scene, she had to offer her sexuality up to rock stars like a virgin to a pagan god.

And throughout music history, we’ve told these musicians that this was their right.

Priscilla was 14 when she and Elvis started dating.  Jimmy Page kidnapped 14-year-old Lori Maddox and kept her locked up for years.  And in both of these cases (and, to some degree, Jesse’s victims), these girls had been so brainwashed by the bullshit misogyny the scene pushed on them that they felt lucky that they had been chosen.

These stories aren’t rare.  The sexual deviance of rock stars is well known.  But we’ve looked the other way for decades, forgiving these misgivings as long as they pushed out hits like “Sweet Child of Mine.”

It’s easy to look back into rock and roll history and say it was a different time.  But Jesse Lacey’s actions—and the hard look into the third wave emo scene—has shown us that this problem is a lot more recent than we’d like to admit.

And I want to be very clear to make sure that I’m not giving Jesse a pass because of his environment.

So as music fans, what do we do?

Because it’s not like anybody loves Led Zeppelin because of Jimmy Page’s appetite for young girls.  Instead, their catalogue transcends the men who made it—and their wickedness.  Page’s relationship with Lori Maddox doesn’t change the fact that the man commissioned the first overdrive pedal.  In the same way, Jesse Lacey’s relationship with these underage girls can’t undo the way TDAGARIM resonated with me the first time I heard it.

Music fans have always separated art from their artists.  For a long time, we did that without critique or judgment.

But in a world that is rapidly waking up to the prevalence of sexual abuse and standing up to the powerful men who have misused that power, we can’t ignore it anymore.

That said, it is possible to engage with a piece of art while acknowledging how problematic it is.

And for those of us who aren’t ready to throw out the whole of pop music history, that’s a good thing.