The Laws Governing Music Creators’ Compensation are Unfair and Outdated 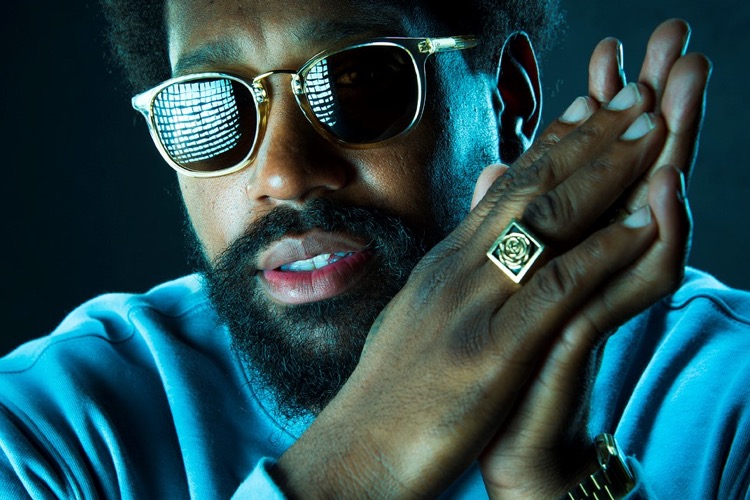 I’ve worn a lot of hats in the music industry over the course of my career.

While I’m perhaps most visible for my work as a keyboardist with Maroon 5, with which I’ve had the pleasure of touring the world and receiving multiple Grammy nominations, I’ve also worked as a songwriter, producer, and vocalist.  I’ve received other Grammy nominations for my single, “Only One,” featuring Stevie Wonder.  I also contributed to India.Arie’s Grammy-winning Best R&B Album, Voyage to India, amongst others.

On my recently released solo album, Gumbo, I take on all of the roles above.  Wanting to self-release this effort, I even opened my own record label and experienced the business side of the industry in an entirely new way.

Working in each of these capacities has given me a bird’s eye view of the music industry.  And for all the wonderful experiences I’ve been afforded, I’ve also seen the unfortunate effects of the outdated systems that impact the way music creators are compensated for their work.

Vintage equipment is popular with music creators and consumers alike.  On Gumbo, I used several vintage keyboards, Moog bass and other decades old gear to capture the right sound.  On the consumer front, the vinyl revival continues to soar right alongside the explosion of on-demand streaming that has allowed for nearly infinite music discovery.

What’s not so great is vintage laws.

The systems in place to provide royalties to music creators are woefully outdated.  Some of these laws go back to the player piano era, with only minor updates in the years since.  With technology vastly outpacing these systems, what we’re seeing is gaps in copyright law, unfair rates and loopholes that allow corporations to profit off the work of creators without paying performers a cent.

As a songwriter, I’ve seen my work played thousands of times on popular streaming platforms.  And the compensation for those plays is disheartening knowing how quickly industry revenue is shifting from album sales to streaming.  For comparison, in 2015, vinyl sales generated more revenue than billions of on-demand free streams.

Perhaps most egregious however are the loopholes that affect performers.

Since 2012, I’ve performed on three albums with Maroon 5: Overexposed, V and the recently released Red Pill Blues.  Many of our fans have heard singles from these albums all over AM/FM radio.  But what many don’t know is that while the songwriters for these tracks are rightfully receiving royalties for these plays, the performers, myself included, do not receive any payment at all.

+ War Erupts Over Whose Global Music Rights Database Is Better

The U.S. is the only developed nation that does not grant such a performance right on AM/FM radio, joining the likes of North Korea, Iran and Sudan.  Worse still, because U.S. stations do not return this right to foreign artists, U.S. artists are similarly deprived when their music is played in countries that do provide a performance right.  That results in lost income of over $200 million annually.

I’ve been fortunate in my career, and I’m now in a position to withstand these storms.  My concern lies with the up-and-coming artists, who are seeing the harsh realities.  Many simply won’t be able to survive as musicians.  Effectively, we could very well be losing some truly great music in our lives because of these outdated systems.

The good news is that we’re doing something about it.

We’re standing up and letting our representatives know.  In October, a coalition of more than 1,600 of my fellow Recording Academy members across all 50 states met with their local Congressional offices as part of the Recording Academy’s District Advocate day to promote legislative solutions to current law.

Of note, we are asking for our representatives to support H.R. 1836: The Fair Play Fair Pay Act of 2017, which seeks to reform music licensing for sound recordings in a logical, comprehensive way.  Fair Pay would close corporate loopholes for AM/FM radio, introducing a brand-new performance right.  It would ensure that all platforms play by the same rules, while also protecting smaller stations.

The act would also place sound recordings from prior to 1972 under federal copyright protections.  It would also incorporate music producers and engineers into copyright law for the first time.   Congress must also address below market payments for songwriters and update music licensing to reflect the evolving digital marketplace.

There’s work to be done in creating a more just system of compensation for tomorrow’s music creators.  But this is being talked about, and artists like myself are working to ensure that creators are a part of that conversation.

Support behind these important music issues is the highest it’s ever been.  Now is the time for the 115th Congress to act.

My fellow artists and I support these reforms, and I hope you will as well.

This is not only to support your favorite bands or artists.  You may also be supporting the career of your favorite artist five years from now.  Otherwise, these musicians may not have been able to fully dedicate themselves to their music.

And because it’s the right thing to do.

For more information about how to get involved, visit Grammy.com/Advocacy.

PJ Morton is an American R&B musician, singer-songwriter and record producer, best known for his work
as keyboardist for pop rock band Maroon 5 and as a solo artist.