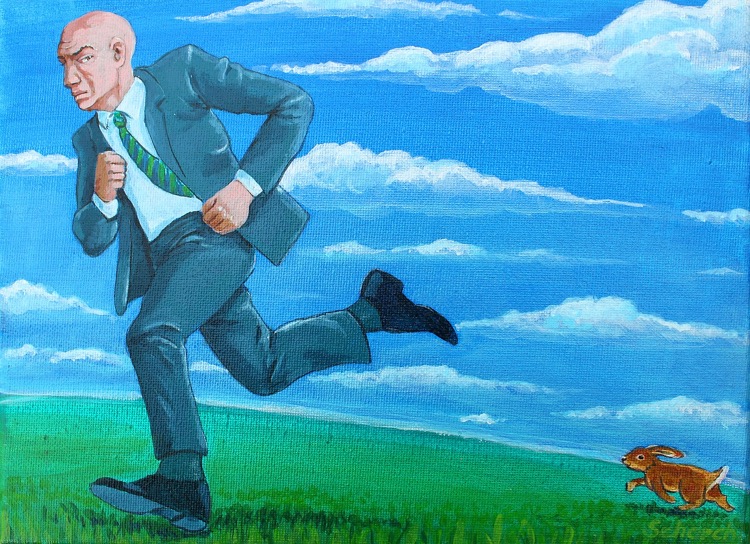 Looks like we were right about Jay-Z’s disastrous ‘4:44’ tour.  After threatening Digital Music News into changing our coverage of the sinking tour, Jay-Z and his merry band of lawyers are proving just how cowardly they are.

The threats stemmed from an article we wrote about the availability of $6 tickets for a 4:44 tour-stop in Anaheim, CA.  After digging a bit deeper, we discovered entire sections of unsold inventory across Anaheim and other upcoming tour dates.

Roughly three weeks after demanding editorial changes — or else — the esteemed attorneys at Cummings & Lockwood LLC have gone eerily quiet.

In their initial ‘nastygram,’ attorney Andrew Kupinse threatened a ‘defamation action’ while failing to specify any inaccuracies in our piece.

Here’s what Kupinse sloppily threatened — from his iPhone (yeah, he even started the note with ‘Sir/Madam’):

This office serves as legal Counsel to Shawn (JAY-Z) Carter. We are writing in connection with the following article. https://www.digitalmusicnews.com/2017/11/03/jay-z-444-tour-disaster/

Both the headline and content of this article is false.  I am attaching a link for a billboard article which contains more accurate facts regarding 4:44 tour sales.

We demand that you correct your story both in tone and content immediately.  We trust that now that you have correct facts you will not allow your errors to continue.  As I am sure you are aware knowledge of a story being false is a key component of a defamation action.

Please forgive any typographical errors in this informal email transmission delivered by phone.

We ask that you confirm receipt and that you are taking action immediately.    My client’s rights and claims against you are reserved.

Sent from my iPhone”

Accordingly, when Digital Music News requested a more specific legal demand, Cummings & Lockwood didn’t even respond.  All of which indicated that Sean Carter has adopted the ugly habit of trying to shape public opinion by bullying journalists with legal threats.

Indeed, none of Jay-Z’s legal demands seemed based on actual laws or reality.  As the tour rolled on, tickets to ‘4:44’ continued to be widely available.  Even worse, prices continued to plunge below $10 on numerous dates, with scalpers ostensibly trying to dump the slow-sellers.

Amazingly, team Jay-Z tried to spin the sagging roadshow into a record-setting success.

That included a fairly ridiculous fluff piece in Billboard, which somehow tried to argue that a $6 ticket was actually part of a brilliant mastermind to raise the overall price of premium tickets.

It didn’t quite make sense.  So we checked, and front-row tickets were also pretty cheap across numerous dates.  Especially against better-selling artists like Lady Gaga, whose front-section ticket prices were crushing those of Jay-Z.

But many of the dates themselves weren’t even selling out.  Not by a long-shot.  That includes New Orleans, where one reporter noticed an entire section unsold, and appropriately covered with a large black curtain.

Sadly, these sorts of baseless threats are permitted under the US legal system.

In fact, lawyers seem to have little oversight when it comes to sending baseless legal threats.  Including sloppy ones from their iPhones.  Which means that smaller, lesser-educated defendants often acquiesce because they’re afraid of getting sued.

That’s right: a service that many expensive lawyers offer is the angry, unethical nastygram.  And it’s simply designed to intimidate someone into doing something they don’t really have to do.

I think these blatant abuses should be illegal under US law.   As far as I know, they are not, so unethical lawyers can issue intimidating threats that aren’t quite based on the actual law.  Sadly, these attorneys collect handsome retainers for simply bullying people and abusing their power, largely because the other side is afraid of an imposing letterhead and some scary-sounding language.

And don’t getting me started on how fucked up the American legal system is.  But wait: Jay-Z himself can explain that to you.

Ironically, Jay-Z has rallied against injustices in the US legal system, specifically in defense of rapper Meek Mill.

In an eloquent op-ed published by the New York Times, Carter describes a US penal system that unfairly punishes African-Americans with an overbearing parole system.  In the essay, Carter argues that the parole system effectively makes it impossible for young African-Americans to escape from minor crimes, often committed while young.

The result can be crushing prison sentences and a perpetuated cycle of poverty.  Jay-Z pointed to Meek Mill as an example of this.  After violating numerous paroles, a judge in Philadelphia sentenced Mill to several years in prison.

Strikingly, the actual crime was a gun possession charge from 11 years ago.  At 30 years of age, Mill has been on parole essentially his entire adult life.

All of which points to serious injustices in US law enforcement.  But sadly, Mr. Carter seems entirely comfortable railing against specific abuses of the legal system, while selectively perpetuating his own.

There’s a word for that: hypocrisy.