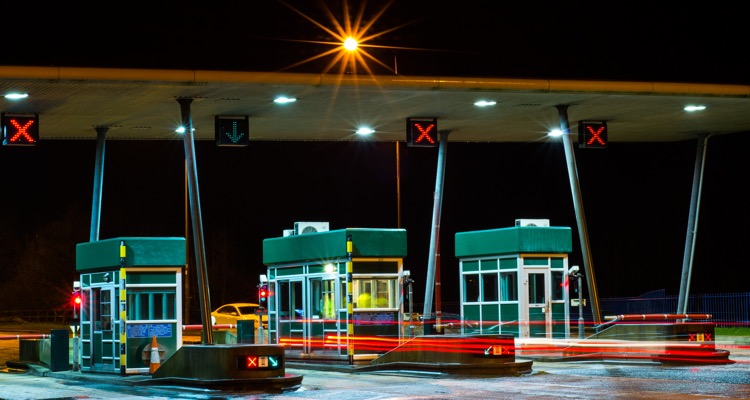 What’s the real cost of ditching net neutrality?  Potentially billions in ‘fast lane’ tolls and ‘paid prioritization’ charges over the next decade for major music platforms, according to sources.

This isn’t exactly what the geeky academics who started the internet had in mind.  But it’s exactly what mega-ISPs like Comcast were hoping would happen.

Now, Comcast and other access giants are poised to make billions by charging companies for prioritized access to their subscribers.  Previously, net neutrality prohibited the prioritization of paying content providers, though all of those rules are changing in Trumpland.

+ Comcast Deletes Its Long-Standing Net Neutrality Pledge from Its Website

According to a pair of sources speaking to Digital Music News, the FCC’s expected rollback of net neutrality guidelines will likely cost music platforms billions over the next decade.

Both stressed that the costs and structure of ‘fast lanes’ is difficult to predict at this stage, especially before a formal FCC vote on December 14th.  Most see the rollbacks rolling through, though FCC chairman Nishad Pai is already recoiling from death threats and people camping outside of his home (with his kids’ names on billboards).

Frankly, both sources said the FCC regards all of that as ‘noise’ that will be overruled as such.  Not exactly a government by the people, for the people — but hey.

But sources are intricately linked to net neutrality discussions, and certain that major ISPs are considering a range of ‘programs’ to effectively maximize access to their restricted lanes.  So it looks like a ‘green light’ (so to speak).

All of which changes the competitive dynamic in the streaming music world.

Look no further than Spotify, which is currently struggling to concoct a winning story for Wall Street.  Or, anything close to sustained profitability.  Currently, the streaming platform is wildly over-leveraged, with an IPO (or direct listing) suspected as the exit goal itself (instead of actual long-term profitability).

Indeed, Wall Street has been burned by these tech-bubbly startups before — but not if they get the timing right.  Sounds like a high-stakes plan, albeit a risky one.  Toss an extra billion into the long-term cost structure, and Wall Street’s enthusiasm could be appropriately curbed.

According to the latest rumors, Spotify is plotting a direct listing during the second quarter of 2018.

Separately, Pandora remains a struggling concern, and a company potentially unable to pony up hundreds of millions to reach their end users.  That said, one source pointed to a revenue percentage charge for prioritization, as well as different levels of prioritization access.   All part of an entirely new internet that could dramatically change the fate of the music industry’s online heavyweights.

That’s because of healthy backing from Len Blavatnik’s Access Industries, now a controlling investor.  Over the past five years, the billionaire has sunk more than $200 million in Deezer, with lackluster results.  But maybe a thinning of the herd will play to Deezer’s advantage.

And who gets thinned?

Making the brutal shortlist are the aforementioned Pandora and under-the-radar streaming services like Rhapsody.  Tidal is now partially owned by Sprint, though it’s unclear whether the mobile giant wants to pay heavy dues to entrenched ISPs — just to prop a struggling streaming play.

Separately, Comcast and other ISPs could be restrained by anti-competitive oversight.  Earlier, Comcast survived scrutiny of its acquisition of NBCUniversal.  But that tie-up came with stipulations, and Comcast is uninterested in poking the Department of Justice bear.

Actually, it’s unclear whether Trump’s DOJ will care, though we’re not close to that part of the picture.

But wait: massive toll charges could give Apple Music and Amazon Music Unlimited the decisive advantage.  Here’s why.

“The streaming services have a bad situation, there’s no margins, they’re not making any money,” Iovine blared to Billboard. “Amazon sells Prime; Apple sells telephones and iPads; Spotify, they’re going to have to figure out a way to get that audience to buy something else.”

Maybe a hefty ‘fast lane’ tax is exactly what it takes to give Apple and Amazon the advantage.  If for no other reason than it puts players like Spotify deeper underwater.