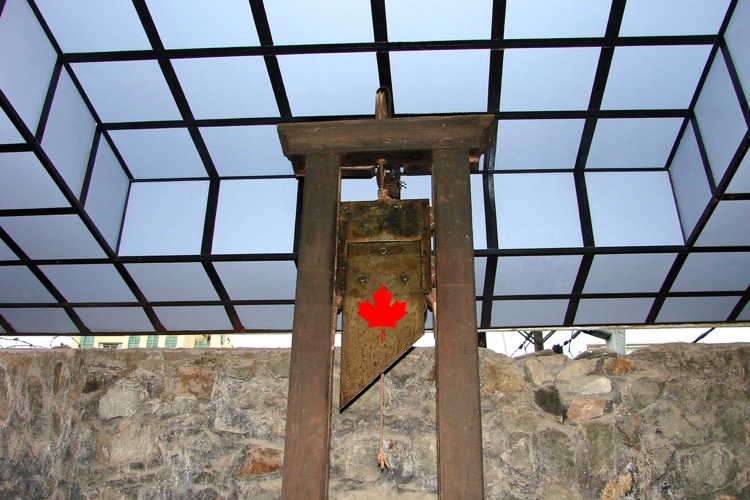 Canada has a new idea for dealing with piracy sites: just f—king kill them.

Google argues that content infringement is a tricky thing to judge.  The music, TV, and film industries see it in more black-and-white terms.

Now, a proposed measure in Canada would kill pirate sites without much due process.  Or, any at all.

In fact, a new measure would give the Canadian government the power to shut down suspected piracy sites overnight.  And all without prolonged DMCA processes, court adjudicating, and endless copyright clones.

The proposal calls for a dedicated government agency to oversee shutdowns of pirate sites.  According to details tipped by Canadaland, the agency would instruct Canadian ISPs to block access to identified piracy sites.

And that would be the end of that.

The agency even has a name: the Internet Piracy Review Agency, or IPRA.  The taxpayer-funded agency would have buy-in from all of the major Canadian ISPs and content owners, according to the reported proposal.  Effectively, a unified group that determines the fate of essentially every media site online.

Bell, Rogers, Cineplex, and Quebec theatre chain Cinémas Guzzo were noted as possible alliance members.  Separately, Rogers indicated that it may not join the anti-piracy coalition, though Bell is clearly a driving member.

Back in September, Bell SVP of Regulatory Affairs Rob Malcolmson floated the idea.  “We recommend that the government commits to stronger intellectual property enforcement by having an administrative agency dedicated to such enforcement and by prioritizing enforcement against digital pirates,” Malcolmson outlined.

“We would like to see measures put in place whereby all internet service providers are required to block consumer access to pirated websites”.

Web-blocking already exists in other countries, including the US.

Some of those shutdowns have followed legal battles, or at least some legal process.  Other url shutdowns seemed to lack that first step, with government agencies like the FBI and Department of Homeland Security calling the shots.

The latter approach would become the reality under IRPA, with a straight-shot approach to tearing infringers down.  But what about sites that aren’t breaking the law and deserve due process?  “It’s enormously problematic, I think it’s legally questionable, and I think it’s terrible policy,” said Michael Geist, a law professor at the University of Ottawa.

Indeed, pro-tech voices have urged governments to avoid fast-track teardowns.  That includes the Electronic Frontier Foundation (EFF) in the US, which has lobbied lawmakers to avoid shutting sites down because media companies dislike them.  “The United States Trade Representative (USTR) must apply U.S. law as it is.  Not as particular industry organizations wish it to be,” the organization recently commented.

At this stage, American media conglomerates have not been invited to participate.  At least not initially.  That’s likely an attempt to avoid overbearing US-style agenda-steering, even if the interests are ultimately aligned.