Now You Know Everything About Recording Deals 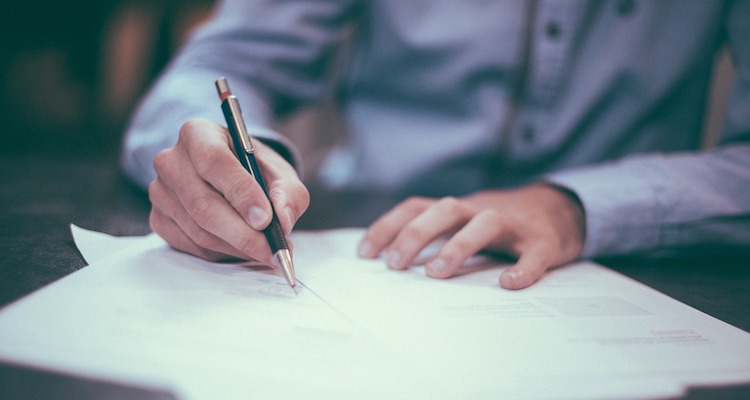 The following comes from Steve Gordon, an entertainment attorney specializing in music, television, film and video.  He’s also the author of The Future of the Music Business, now in its 4th edition.

Why should an artist sign with a label?  These days, a label deal is no longer a necessity.  But a real record company can offer an artist marketing, publicity, video production, and support with social media, radio promotion, tour support and worldwide physical and digital distribution.

And a quick warning: artists should not allow production companies to corner them into an exclusive recording contract.  These typically include options for multiple albums and 360 provisions that would entitle the companies to income from various income streams besides record sales.  Instead, the production company should have a limited time to shop the artist to major labels and/or major indie record companies.

Unfortunately, more often than not, production companies consisting of one or two individuals will present an agreement that would lock the artist into a long-term deal, make the company the artist’s music publisher, and take a substantial cut of all the artist’s income from any endeavor in the entertainment business, as well as other horrors.  Avoid these traps!

With that in mind, here are some artist agreements with real record companies, that is, companies with resources to promote, market and distribute as well as produce records.

This first contract is a basic license deal for a single album.

The artist receives a sum of money and a royalty after release. In exchange, the label has the right to distribute, license, or sell the album for a limited period of time.

This is a good deal for the artist because they keep copyrights in their music and the right to sell or license after the time period.  Also, the artist is free to release records with another label or by themselves.

This second contract is an exclusive recording agreement with an indie label.

Like the first, it offers the artist a sum of money and royalties.  In addition, the label pays production costs. In exchange, the artist grants the label options for more albums.

The label’s advantage is obvious: if the artist is successful, the label gets more albums.  The artist will receive additional recording funds for these albums.

Contract 3: Single Deal with a Major Label with an Option for a Second Single

Like the first, this third contract is for a pre-recorded album.  If the record is successful, the label can order more and has the right to match any competing offer for a long-term deal.

360 deals allow a label to profit from all of an artist’s activities, not just album sales. These can be difficult for artists, so here are tips to get a better deal.

In 1999, sales from pre-recorded music peaked at $14.5 billion. By 2012, the amount lowered to $7 billion and has remained steady since. Because of this, labels have begun to find money from other sources.

When pre-recorded music sales peaked, the artist would receive no recording royalty but keep everything else: publishing, merch, touring, endorsements, etc.

These days artists often generate more money from other activities than record sales.

50 Cent made a deal with Vitamin Water to accept shares in exchange for the use of his professional name in “Formula 50”. After Coca-Cola bought the parent company, his shares became worth more than $100 million.

Because of these developments, labels now seek to participate in all possible revenue streams by artists.

In my own practice, I have seen production companies insist that new artists sign 360 deals even if they contribute little or no money to recording and make no promises with marketing or promotion. This is what I like to call the “Contract from Hell”.

Record labels argue that they’re making investments in an artist’s career. They fund everything an artist would need for success: recording expenses, tour support, music videos, and performances.

For emerging artists, a major label deal may be the path to becoming rich and famous. Lady Gaga was barely known before Interscope paid for her to open for New Kids on the Block. The paid for marketing, wardrobe, makeup, and all other expenses she would need for the year. They were also able to get invites for her to go to almost every important radio station.

Labels argue that 360 deals are fair because money made from touring, merchandise, endorsements, and other streams would not exist without their efforts.

Still, many artists feel that 360 deals are a way that record companies can just take more money from artists. The reality is that since all the major labels usually demand 360 terms, the artist doesn’t have much choice.

How to Improve the Deal

Improving 360 deals are heavily based on an artist’s fame and the lawyer’s skills. If there is a bidding war between two or more labels, the ability to improve the deal increases. If the artist is already making significant money from shows, this can also aid in negotiating better terms.

If an artist is making a lot in one source, the lawyer should try to carve it out of the 360 deal. Some EDM artists earn tens to hundreds of thousands for large venues. In this case, live performance should be carved out, because the label had nothing to do with this income.

Get the Label to Work for Money

While these percentages are typical, actual amounts vary from deal to deal. Whatever the splits are, the artist’s attorney should try to get the label to do something for each share. For instance, in return for 25% of merchandise profits, the label should manufacture, sell, and supply the merch.

A 360 deal may including a co-publishing agreement. This means that the label has control of the artist’s songs and gets 25% of the profit. Alternatively, the label may demand 100% of the “publisher’s share” or 50% of all income from the songs. In exchange, the label must have a committed staff to promote the music.

Whether or not the label can support every income stream, the artist should try to exact advances for each one. Ideally, as soon as the label regains each advance, their right to commission that stream should end. For example, if the label advances $25,000 against a 25% commission and the artist gets an endorsement for $100,000, the artist would give the label $25,000 (25% of $100,000).

The artist’s lawyer should make sure the label cannot cross-collateralize each stream. This means that a label can’t take from one stream to pay un-recouped balances for another.

Now, suppose only 100,000 copies are sold and the artist’s income from touring is $50,000. If the contract allows cross-collaterization, then the label will apply the $50,000 to the recording “red balance”. This means the artist will get nothing from touring.

It is important that an artist’s commission paid to labels is based on net, not gross profits. Net factors in any expenses while gross is all money made.

Steven R. Gordon, Esq., ([email protected], www.stevegordonlaw.com) is an entertainment attorney specializing in music, television, film and video, and the author of The Future of the Music Business (Hal Leonard 4th ed. 2015).  His clients include artists, songwriters, producers, managers, indie labels and music publishers as well as TV and film producers and digital music entrepreneurs.  He also provides music and sample clearance services for producers of any kind of project involving music.