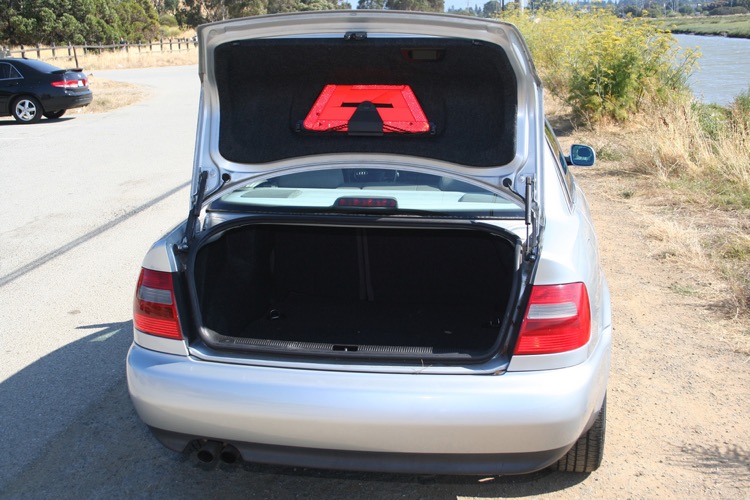 This strange story takes place in the state of Wyoming.  That’s where musician Phil Parhamovich found himself pulled over for not wearing a seatbelt — with $91,800 in cash sitting in his trunk.

Phil Parhamovich was a law-abiding, hard-working musician who was on his way to purchase a storied studio in Madison, Wisconsin.  In fact, he’d been saving for nearly a decade to secure the space, and preparing to finalize the transaction.

Just one problem: he forgot to fasten his seatbelt.

Accordingly, while passing through Wyoming, state troopers pulled Parhamovich over, and issued him a $25 citation.  They also seized his stash of $91,800 in cash stored in his trunk.

And Parhamovich basically handed it away without protest.

Sadly, the musician didn’t know the law.  And he was basically duped into thinking that carrying such a large wad of cash was illegal.

He even agreed to sign a wavier allowing the troopers to haul away the money.

So, why did Parhamovich have such a large amount stashed in his trunk?

For law enforcement, the presence of such a large amount of cash is almost always an indicator of illegal activity.  But simply carrying that much money isn’t a crime.  Parhamovich didn’t know that, and quickly realized that he couldn’t recover his cash.

Enter Vox reporter German Lopez, who started digging into this strange situation.  Also on the case: the non-profit Institute for Justice, a group fighting against unfair forfeiture and ‘policing for profit’.  Lawyers for the Institute say that these cases come up all the time, with victims rarely recovering their possessions — even if a crime hasn’t been committed.

Under the duress of the arrest involving two officers, backup, and a drug-sniffing dog, Parhamovich basically cracked.  Initially, Parhamovich didn’t alert the officers to the money beforehand.  Then, when they found the cash hidden in a speaker, the musician claimed it belonged to a friend.

But it wasn’t his friend’s money.  It was his.  And after getting grilled about it and led to believe he was breaking the law, Parhamovich signed it all away.

“I definitely felt intimidated and scared and, by that time, confused,” Parhamovich told Vox.  “That was the sense in my mind — that somehow I was being framed, that something weird was happening, and that maybe it was illegal to travel with that amount of money, which I hadn’t really thought of prior to that.”

Actually, Parhamovich had been trying to recover the funds and making zero progress.  In fact, the state refused to give it back, even though the only crime committed was a failure to fasten a seatbelt.

All of that changed shortly after the Vox article was published.

“Just hours after this story was published, a judge, with the backing of state legislators who read Vox’s reporting, ruled in favor of Phil Parhamovich — and he will get his $91,800 back,” Lopez relayed.

“My gut has been clenched for a long time. I feel like it is still going to take some time to unwind and unclench,” Parhamovich stated.

“But I feel incredible. It hasn’t even sunk in yet.”