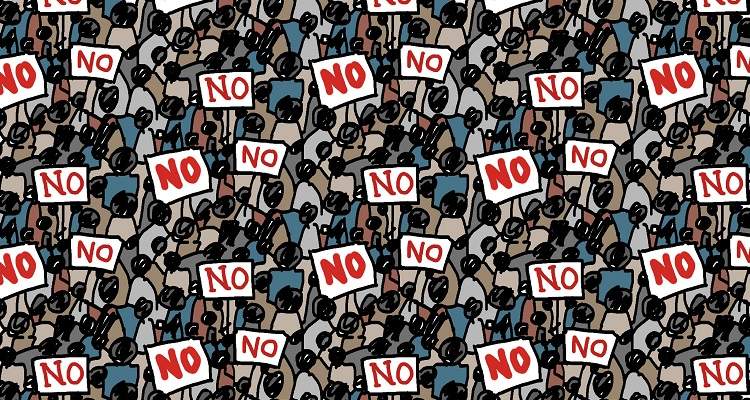 Should the FCC axe net neutrality tomorrow, expect a lot of disappointed and possibly infuriated Americans.

Several weeks ago, the FCC Chairman unveiled his plan to roll back Obama-era rules on net neutrality.  Under current guidelines, American ISPs must treat all web traffic equally.

Tomorrow, the agency will vote on Pai’s anti-net neutrality initiative.  The vote will likely fall along party lines, as Republicans control three seats on the commission.

A new survey, however, shows that most Americans oppose dismantling net neutrality.

The initiative to dismantle net neutrality has received a lot of criticism from key players in the tech and music industries.  Several days ago, 21 high-profile technologists, including Steve Wozniak and Tim Berners-Lee, penned an open letter to the FCC.  They begged lawmakers in Congress to preserve net neutrality.

They’re not alone.  According to a study released by the University of Maryland, 83% of Americans don’t approve of Pai’s new proposal.  Only 16% approved.  Furthermore, 3 out of 4 Republicans oppose the FCC’s plan.  The university’s Program for Public Consultation (PPC), and nonpartisan polling organization Voice of the People, undertook the study.

Actually, 48% said that they found the argument to repeal net neutrality “convincing” to some degree. However, 51% responded that they were “unconvinced.”

In addition, when presented with the arguments to preserve net neutrality, 75% were overall “convinced.”  Warnings like “paid prioritization” and “higher fees for access” peppered the arguments against.

“We think that’s critical to getting a meaningful response.  So I think it’s fine to do a poll that just says, ‘There’s this thing called net neutrality; what do you think?’  That tells you something — it tells you the politics of it.  But our orientation is, how do you bring the public to the table in a way that gives them a real meaningful input?”

The FCC, however, refuted the study’s results.  In a statement, the agency claimed that the PPC and Voice of the People failed to provide bipartisan scenarios.

“This is a biased survey that, among other things, makes no mention of the role that the Federal Trade Commission will play in policing anti-competitive or unfair conduct by Internet service providers.  Earlier polling by Democratic pollster Peter Hart showed that most Americans believe that utility-style regulation of the Internet is harmful, and this is the regulation that the Restoring Internet Freedom order will eliminate.”

In addition, fueling the FCC’s argument against the study, the PPC didn’t outline “the full battery of questions” that it asked respondents.  Kull also said that the other questions asked in the survey dealt with “national monuments and a proposed Senate health care bill.”