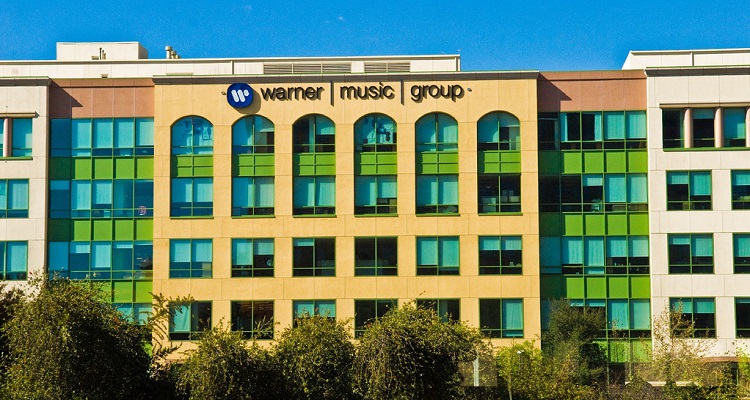 Warner Music Group is now bracing for a series of sexual assault allegations, and launching internal investigations to root out wrongdoing.

Already, three major executives have been blasted for inappropriate behavior.  That includes CEO Stephen Cooper, accused of making an inappropriate remark at an office party according to Billboard.  The Billboard story mostly singled out Executive Vice President of A&R Jeff Fenster, based on a complaint issued to WMG’s HR department.

Fenster is reportedly being disciplined — though we’re not sure of any specific allegations.  Separately, a third, unnamed executive is also getting grilled, with possible disciplinary action as well.

On Friday, a Warner Music spokesperson singled out a ‘former Warner Music Records employee’ for raising the concerns.

The former employee is female, and may have directed her claims at Fenster and Cooper, among others.

All of which is leading to a serious internal investigation into possible wrongdoing.  Here’s what a spokesperson offered:

“We appointed an independent investigator to conduct a thorough, in-depth investigation, as a consequence of which we are taking the appropriate disciplinary actions. The findings have also helped us identify areas where we can improve the enforcement of our policies and bolster our efforts to maintain a safe, respectful, and professional environment for all of our employees.”

Sounds pretty serious, though it’s unclear if Cooper will face repercussions for reportedly making an off-key remark.  And in all fairness, the comment may have either been misheard or misinterpreted.

Either way, Warner’s HR department is jumping in front of this one.

Ahead of the weekend, Variety also leaked a memo warning employees of upcoming media stories (like this one).

The memo was issued by Masha Osherova, Warner’s EVP of Human Resources.

“I’m writing to let you know that a former Warner Bros. Records US employee has come forward with concerns about inappropriate behavior by several of our US executives,” HR lead  We are expecting some press coverage to appear soon, and I wanted you all to hear about it first from me.

“As you would expect, we treated these concerns very seriously, and appointed an independent investigator to conduct a review. Some of the accusations were found to be true and, as a consequence, we are in the process of taking the appropriate disciplinary actions against the relevant employees. The press coverage regarding this matter will likely mention that our CEO, Steve Cooper, was accused of making an inappropriate remark at a party.

“Each one of us at WMG plays an important role in maintaining a positive and productive workplace free from any form of harassment or discrimination. Our Code of Conduct details the high standards expected of everyone who works at the company. Early next year, we are rolling out a revised version of our Code.”

Separate, scattered reports of sexual misconduct have also been floating around Spotify.  Beyond that, most of the music industry rumblings have been light, especially when compared to Hollywood.

Also worth noting: WMG’s owner Len Blavatnik has been a longtime business associate of Harvey Weinstein — though the pair seem less cordial following the Hollywood mogul’s downfall.  Just recently, Blavatnik’s Access Industries issued a lawsuit against both Weinstein and Weinstein Company Holdings for repayment of a 2016 loan.