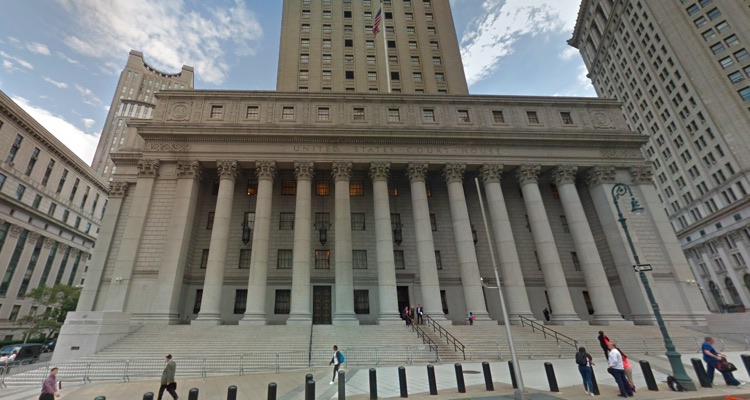 US Court of Appeals for the Second Circuit, New York

Please note: the following is a breaking and developing story.  We’ll be adding more details as we learn them.  Last update: Dec 19th 10:30 am PT.

American PROs just scored a massive victory in their battle against federal requirements for  ‘100% licensing’.  The court action, driven by performance rights organization BMI, was focused on scaling back the provision as crafted by the US Department of Justice (DOJ).

The case in question is United States v. Broadcast Music, Inc. (16-3830-cv).  The full decision is embedded below.

The decision against 100% licensing requirements was initially delivered by US District Court of Manhattan judge Louis L. Stanton.  That decision has now been upheld by the United States Court of Appeals for the Second Circuit in New York.  And that likely settles that.

The development was first tipped to Digital Music News this morning by David Israelite, president of the National Music Publishers’ Association.  The DC-based NMPA represents a broad swathe of major publishers, and advocates for major PROs BMI and ASCAP.

“Today’s affirmation of Judge Stanton’s decision is vindication for all songwriters and music publishers that the Justice Department overreached when it wrongly claimed that split works should be licensed on a 100% basis,” Israelite emailed.

“DOJ’s disastrous interpretation was an attack on songwriters and we congratulate BMI and the industry effort on successfully fighting against this massive government overreach.  We are encouraged it is a new day at the Justice Department with new leadership that we trust will respect the rights of songwriters and ultimately address the larger problems with the outdated WWII-era consent decrees that continue to harm music creators.”

The 100%, all-in licensing requirement was created to simplify the rights-clearing process.

The rule applies to ‘split’ works, or music owned by more than one party.  Effectively, the federal requirement held that one writer (or rights owner) of a song could grant rights for the entire work.  The shift meant that a minority owner could grant rights for use of the full work, even if permission wasn’t granted by other owners of the song.

The DOJ was enacting that provision as part of broader ‘consent decrees,’ designed to force publishers to license at reasonable rates to everyone.  BMI and ASCAP argued that 100%, all-in requirements weren’t part of the original consent decree provisions.

Here’s how 100% licensing would play out.  In one scenario, a 10% owner could grant full usage rights to a licensee, obviating the need to clear the remaining 90%.  More typically, a 33% or 50% owner would grant those full rights and seal the deal.

That would vastly simplify things for licensees and dramatically reduce overhead and administrative costs.  But PROs battled back for several reasons.  A principal protest was that 100% licensing reduced the value of ownership, simply because a writer effectively lost veto power.

It also reduced the amount of control exercised by a writer.

A more cynical view is that fractional licensing imposes more bureaucracy and administration, not to mention multiple PRO licenses.  Of course, all of that generates additional fees and services.  All of which can be very good business for the properly-positioned company.