The Whale Report Gives You Every Music Chart That Matters 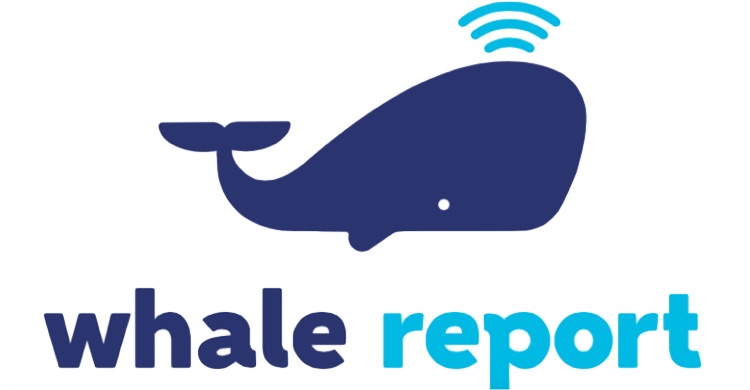 Once upon a time, there was a big fat music chart that everybody worshipped.  Now, there are dozens of charts across numerous platforms and territories.

So how can the industry make sense of the chaos?  Now, there’s a totally different approach to making sense of things.

Enter the Whale Report, which is all about tracking the charts that matter and giving executives a meaningful snapshot of what’s going on with their artists.  It’s actionable intelligence with realtime movements and alerts, instead of a weekly ‘albums chart’ that increasingly means little.

This isn’t about a flashy chart that tries to capture apples, oranges, and bananas.  Because the Whale Report isn’t about creating one giant, all-encompassing chart.

The reason is that a giant chart rarely captures everything and relies on endless algorithms and rules. 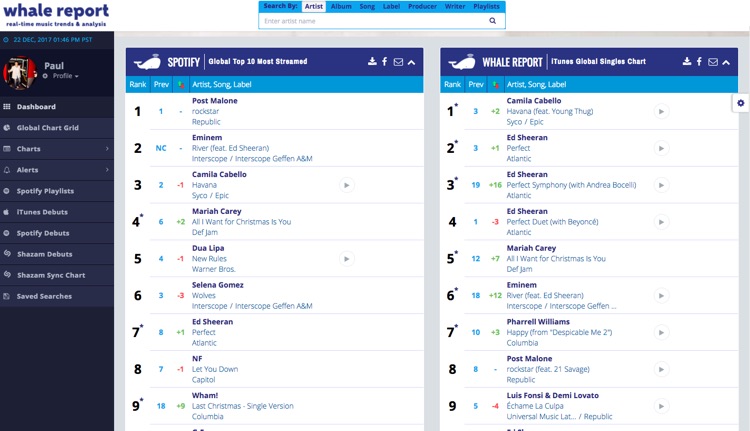 In the case of the Billboard 200, seemingly arbitrary rules dictate how many streams equal a download, and in turn how many of those equal an album.  But the Whale Report tracks the Billboard 200 as well, not to mention the Hot 100.  Because those charts can also be a helpful indicators of how an artist is doing.

The Whale Report aims to create an actionable, executive dashboard for all key chart metrics.

The idea is that sophisticated industry executives can draw their own conclusions.  That’s the Whale Report’s audience, not consumers or awards showcases.

Accordingly, we’ve partnered with the Whale Report to bring more data-driven reporting to the music industry.  That includes information on trends and chart developments, based on realtime, actionable information.  Stay tuned for more on that, very soon. 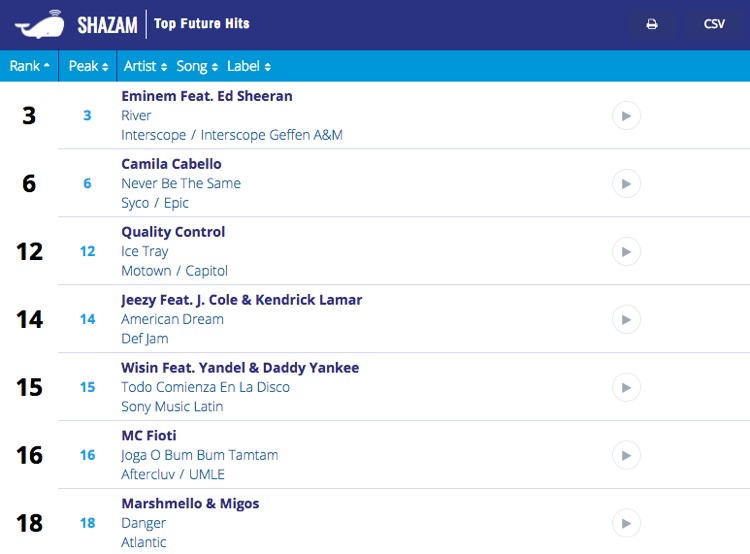 The Whale Report also includes Shazam, a brilliant way to detect early activity on an artist or smartly route tours.

This might be the coolest part.  Basically, the Whale Report allows subscribers to geo-target Shazam activity, then map that against data in the same market.  The result is some serious intelligence, including the ability to spot talent long before it pops.

There’s even a section that identifies future hits, based on how they’re trending worldwide on Shazam (see above).

Incidentally, Shazam charts can also offer insight into which producers and songwriters are grabbing audiences the most.  All of which can inform some seriously powerful collaborations, locally or globally.

This is another differentiator that will appeal to the core industry.  After all, charts always involve more than just an artist or song.  Instead, there’s typically a substantial group of contributors, all of whom influence the success of a release.

That’s a needed development for publishers, producers, and others who are routinely left out of metrics dashboards.  But it could also inform future collaborations, based on the ability to identify up-and-coming contributors.

Actually, this process is already underway.  Just recently, J Balvin paired with Willy William on ‘Mi Gente,’ a worldwide smash that involved two geographically-separated collaborators.  Balvin hails from Medellin, while Williams is from Champagne, France.  And if you look at Shazam’s trending charts, Williams was the highest-ranking French artist in the world.

And of course: Playlists.

Actually, this is probably the most important part of this entire platform.  If playlists are the new radio, then it makes sense to understand what’s trending on the most-followed playlists in the world.  And for that, the Whale Report tracks pretty much every Spotify playlist that matters.

There’s also a lot of slicing and dicing across all the charts, for added pattern recognition.

You can see the best-performing genres on different platforms, for example, as well as track emerging songs and artists.  It’s all designed to create a mental map of what the hell’s going on, and bring greater data intelligence to a complex business.

Got a tip? Send an email to [email protected]  Confidentiality protected.