Why I Still Buy Music in the Age of Spotify 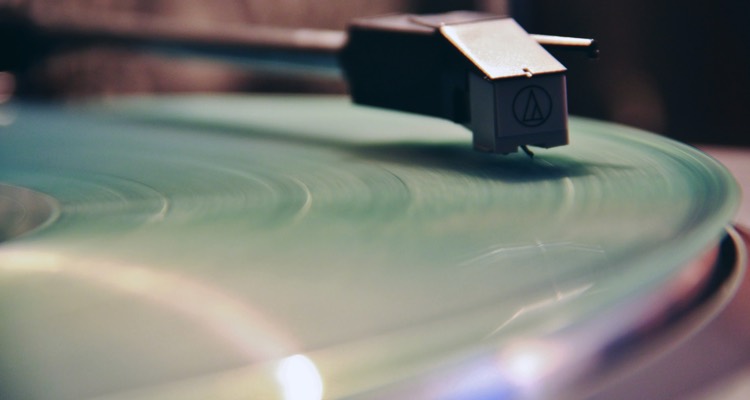 Whenever anyone walks into my house, they generally notice one thing: the huge record collection that takes up an entire wall.

I’ve been collecting for around ten years now, and it shows.  Not only on my shelves—on my bank account.  According to my Discogs account, my collection is worth somewhere around $15,000 (to my wife’s chagrin).  I probably spend anywhere from $50 to $200 a month on records.

But, I also spend $10 a month for Spotify Premium.  This subscription service gives me access to almost every record on my shelves (except for So by Peter Gabriel, which is a crime), plus millions of other songs.  And I’ll be the first to admit that I can’t really tell that big of a difference between analog and digital sound.

So why do I do this to myself?  Why do I waste all of this money on a clunky outdated medium when I can already listen to that music through my Spotify account?

First, it connects me to the music.

Vinyl is a physical experience.  Unlike CDs that just store data, records actually have the music carved into them.  You can hear the music coming from the needle even when the stereo isn’t on.  You can even play the music with your fingernail (not recommended, unless you want to damage the record).

+ How to Play Your Vinyl Records Without a Turntable

That also means that a record can only fit so much music on one side.  Typically, one side of a vinyl record only holds twenty-two minutes of sound.  If you want to keep listening, you’ll have to walk to the record player and flip it over.  Oh—you also have to be where the record player is.  Turntables aren’t very portable.

But it forces me to pay closer attention to the music.  I’m more engaged when I’m sitting in my living room than I ever am while listening to Spotify in the car.

Plus, holding the full-size album art in your hands beats seeing it on a screen any day.  The record jacket is part of the album rather than just an avatar associated with it.  And the fact that I have a pretty boss stereo doesn’t hurt.

I will not hesitate to admit that the coolness factor plays an important role in my vinyl purchases.

There’s something about the aesthetic of a turntable that screams style.  Not to mention how much more satisfying it is to flip through records than to type into the search bar on Spotify.

And let me tell you: a sizable record collection does wonders for your credibility.  I have become something of a music guru in my circles, which is great for my self-esteem.  It’s even leaked into my daily affirmations: “You are valuable. You are loved. You have a kickass record collection.”

I want to pay the artists.

I’m a musician myself.  This past year, my band SPACESHIPS (shameless plug) put out a new record.  And, like any musician in the 21st century, we put that music on all the streaming services.

We paid $50 to a distributor to put our music on Spotify, Apple Music, Amazon, Rdio, and whatever other streaming services are out there.  To date, that investment has gotten us a whopping $8.20.  $6.30 of that was from someone purchasing the album on iTunes.

And to be honest, we don’t expect to make that $50 back from Spotify this year.  We look at it like an advertising cost.  We make more than that selling a single CD.  When we sell a record, we make double.

+ Indie Band Gets 79,000 Streams In a Month, Spotify Bans Them for Life

I pay for music because I value music.  I know what goes into creating an album.  I know how hard touring is.  When a band puts out a record, it’s worth more than the change in my pocket.  They deserve more than $10 a month split up among the rest of the bands I listen to that month.

The vinyl records on my shelves represent more than just a music library and cool points.  These records are filled with the sweat of the men and women who worked to create my favorite music.

And honestly, I’m not sure I’m paying them enough.