Hip-Hop Has Replaced Rock As Music’s Most Consumed Genre 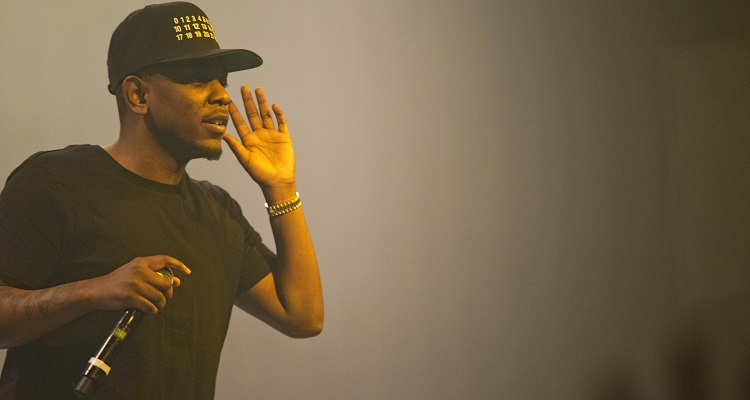 So, what genre do music fans actually prefer listening to?

Do they still enjoy consuming timeless classics like rock and country music?  What about EDM, pop, or music?  Thanks to Luis Fonsi and Daddy Yankee’s record-breaking single ‘Despacito,’ has Latin music’s time finally come?

According to two new reports published this week, the answer may surprise you.

The meteoric rise of Hip-Hop.

In terms of total consumption (album + track equivalents + on-demand audio streaming), Hip-Hop/R&B became music’s most-consumed genre.  It beat out Rock last July, and held the position for the rest of 2017.

In its annual midyear report, Nielsen Music noted that Hip-Hop and R&B accounted for eight of the ten most popular artists.  Drake and Kendrick Lamar took the top spots. 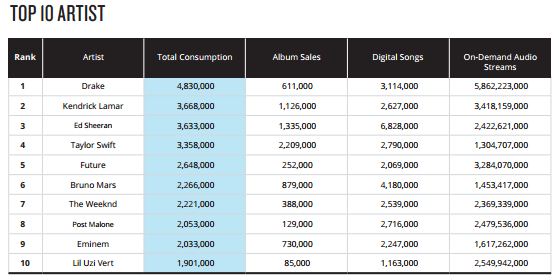 Each artist on the list, including Lil Uzi Vert and Post Malone, saw streams in excess of 800 million for their respective singles.  According to Nielsen Music, the genre’s dominance also helped inaugurate a new class of emerging artists. 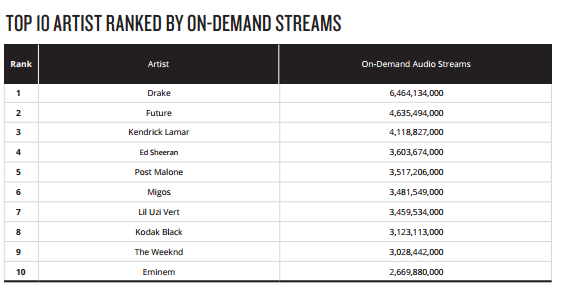 Nielsen Music also found that Hip-Hop/R&B accounts for 25.1% of all music consumption in the United States.

While still popular among music fans, rock fell to 23%. 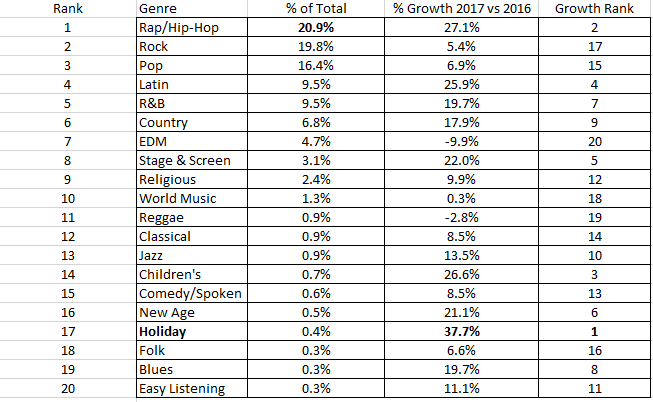 In terms of album consumption, both genres barely beat out rock with a 26.2% combined share.  People consumed fewer rock albums last year, as the genre experienced a 5% drop over 2016’s numbers. 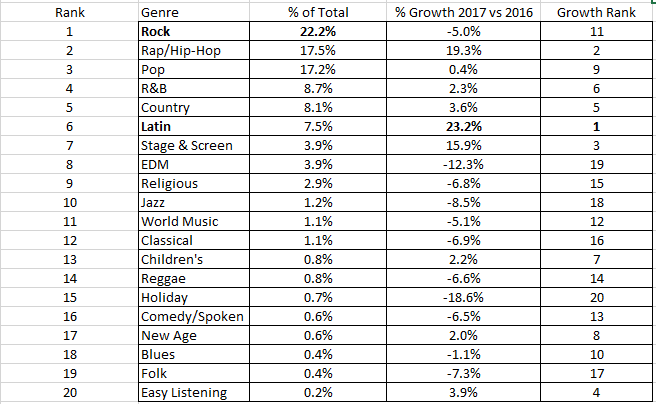 With Spotify set to launch their IPO within the next three months, streaming platforms may further cement Hip-Hop and R&B’s dominant positions in the music industry this year.