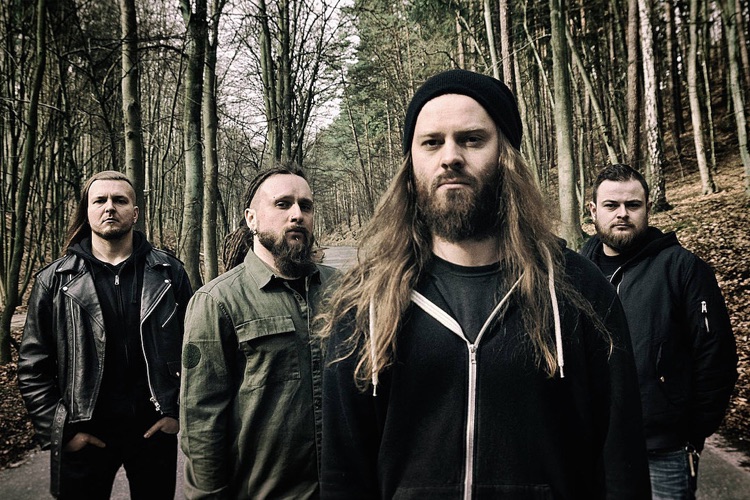 Polish death metal band Decapitated has been acquitted of all rape and kidnapping charges by a prosector in Washington.  It now appears that the charges were totally fabricated.

They were accused of gang-raping and kidnapping at least one fan, and subsequently forced to cancel their entire US tour.  Immediately after the accusations, the band was detained in jail for months while awaiting trial.

All four members spent Christmas behind bars, separated from their families in Poland.  Now, it appears that the charges were entirely fabricated.

+ September 11, 2017: Fan Claims She Was Kidnapped at a Show. Band Gets Arrested and Loses Entire Tour

According to a decision just issued by a prosecutor in Spokane County, Washington, the members of Decapitated are completely innocent.  The band shared news of the victory this (Friday) afternoon.

The Spokane-based Spokesman-Review broke the story from the Spokane Country Superior Court.  According to on-the-beat reporter Jonathan Glover, Spokane Country prosecutor Kelly Fitzgerald recommended a release ahead of the scheduled trial on January 16th.

Strangely, Fitzgerald cited protection of the ‘victim’ as the primary reason for dropping the case.  “This has been traumatizing to her,” Fitzgerald stated, referring to the accuser.  “It’s obviously something that is a multiple defender case, and it would be a lengthy trial.”

“We’ve discussed with her and her advocates and feel at this time it’s best for her to heal,” she continued.

But defense attorneys for Decapitated offered a totally different version of events, including the strong possibility that the accusers fabricated the details.  As part of her accusation, one of the women displayed bruises and scrapes to demonstrate an aggressive gang rape in the band’s tour bus.  But now it appears that those bruises were acquired in the mosh pit, not during a violent sexual assault.

Additionally, a second accuser was subsequently busted by Spokane police for driving under the influence.  She apparently left the bus drunk after spending time with the group.  While getting booked on DUI charges, the woman claimed that the rape was in progress — but declined to offer location details.

Shortly after the accusations in September, Decapitated issued a statement strongly denying the charges.  Some fans believed them; many did not.

And more and more information suggested a very flimsy case.  “A close review of the evidence is all it took,” attorney Jeffry Finer told the Spokesman-Review.

“We are not criticizing the county for moving slow. It just took a long time to get all of the evidence, all of the witnesses, and there were so many witnesses.”

Sadly, Decapitated appears to have lost lots of time, money, and fans in the process.  The group is from Poland, though they were forced to cancel tour dates while sitting in a jail cell for months.  Meanwhile, fans were berating the group on Facebook and other platforms, calling them monsters and assassinating their characters.

None of that was helpful for the group, and may have compromised personal relationships as well.  Even after the acquittal, the group will remain tainted by the charges.

All of which raises serious questions about the justice system in the US, and the extreme power wielded by local prosecutors.  In the case of Fitzgerald, the case reflects extremely poorly on Spokane County, and may even open the door to compensatory damages.