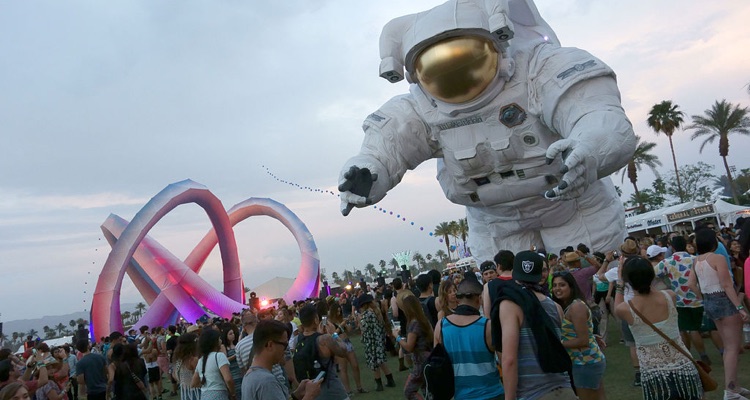 Will Beyonce, Eminem, and The Weeknd listen to Coachella fans’ outcry against Philip Anschutz?

Others criticized payments to Republican candidates opposing gun restrictions.  Anschutz even funneled money to ‘birther’ Congressman Mike Coffman (birthers allege that Barack Obama was born outside of the US, and was an illegitimate president).

Fans of the annual Coachella music festival have long decried the donations, calling Anschutz anti-LGBTQ (among other things).  The backlash grew so large last year that it prompted a public statement from Anschutz.  In it, he denied discriminating against the LGBTQ community.

“Recent claims published in the media that I am anti-LGBTQ are nothing more than fake news — it is all garbage… Neither I nor the Foundation fund any organization with the purpose or expectation that it would finance anti-LGBTQ initiatives.”

Right after Coachella announced its lineup this year, music fans once again lambasted Anschutz over his ultra-conservative donations.

The Fader found that he donated a total of $187,300 to Republican candidates and organizations in 2017.  Though Coachella sold out in just a few hours both weekends, many fans question donations to pro-gun, pro-life, and climate change-denying candidates.  These include Republicans Paul Ryan, Luther Strange, Roy Moore, and Greg Gianforte, who assaulted a reporter last year.

Now, to change Anschutz’s alleged discriminatory actions against the LGBTQ community, one group started an online petition.  Posted on Care2.org, the petition urges headliners Beyonce, The Weeknd, and Eminem to donate their proceeds to pro-LGBTQ groups.  These include The Trevor Project, Trans Lifeline, and the Human Rights Campaign.

According to Care2 LGBTQ Issues Advocate Sarah Rose, Anschutz has donated festivalgoers’ cash to organizations against her community.

“As a transgender woman and advocate for the LGBTQ community, my genuine hope is that these artists can turn a bad situation into a positive one.  I’m a diehard music fan and a musician myself, and I strongly believe that music shouldn’t be used as a means to discriminate.”

Over 12,000 people have signed the petition, which is now closed.

You can find out more information about the campaign here.