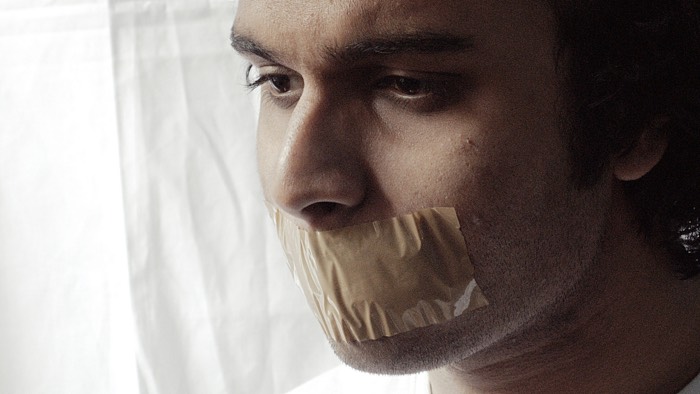 The Huffington Post abruptly yanked an article critical of Spotify, possibly under pressure from the company.  Here’s what was removed — in its entirety.

But first, a little background.

The op-ed was written by artist advocate Blake Morgan, and included heated conversations between Morgan and Spotify executives.  Those conversations and other details in the piece were highly critical of Spotify’s treatment towards artists.  According to David Lowery (also an artist advocate), the piece was removed just as it was gaining some serious traction.

Lowery also questioned the timing of the removal  while producing the email between HuffPo and Morgan.  Spotify is now preparing to go public, and aggressively battling a $1.6 billion lawsuit alleging non-payment of royalties to artists and songwriters.

After tearing down the piece, the Huffington Post emailed Morgan the following:
From: Bryan Maygers <>

I’m writing to let you know that we’ve unpublished your recent post.  We’re not making any judgment about the accuracy of the claims made in the piece, but the contributors platform is intended as a place for commentary based on the established factual record, not original reporting.  If anyone were to dispute your account of the meeting in question, we wouldn’t be able to verify or stand behind the quotes.

If you want to reframe the piece with the same basic argument — that Spotify sees their service and not the music as the product — without relying on retelling the conversation after the meeting, we’d be happy to reconsider.

This morning, our in-box was hit with a few saved versions of the piece.  Here it is:

Spotify’s Fatal Flaw Exposed: How My Closed-Door Meeting with Execs Ended in a Shouting Match

What I don’t love is how little musicians get paid for all that streaming.  It’s not fair –– not even close.  What’s more, middle-class music makers are the ones who are hit hardest, whose businesses are threatened, and whose families are put at risk.  So how can I be against the way streaming companies treat musicians but not be against streaming itself?

The same way I’m against the electric chair, but not against electricity.

Spotify, the current Goliath of streaming services, had a rocky year and it’s come at a bad time for them.  The public’s perception of the once can-do-no-wrong streaming giant is evolving, and for the first time it’s not improving.  This was the year people watched as multiple, massive class-action lawsuits were filed against the company for widespread copyright infringement.  This was the year people learned that even while Spotify added millions of new subscribers, their per-stream rate to musicians actually fell.  This was the year people started to understand how it all works: that while it takes a music maker 380,000 streams on Spotify just to make minimum wage, the average Spotify employee earns $14,000 a month.

Then there was the biggest revelation.  This was the year people started to connect the dots about how Spotify’s founder, Daniel Ek, made his initial fortune.  At 23, he was the CEO of uTorrent, a pirate platform that became BitTorrent (arguably the largest rights-infringing platform in the world).  He and their developers then used identical rights-infringing software in order to build his new golden goose: Spotify. His personal worth is now estimated at around $800 million.

If all this wasn’t enough to corrode the company’s shiny image, people also noticed that Spotify doesn’t make anything.  They’ve noticed that the television and film industries aren’t up in arms over Netflix the way music makers are up in arms about Spotify, for good reason.  It’s because Netflix makes stuff.  Great stuff in fact, like Stranger Things, The Crown, Orange is the New Black –– great shows that employ great artists and craftspeople at every level, not just superstars.  Gaffers, grips, carpenters, writers, make-up artists, and so on. Meanwhile, Spotify pockets 30% of all the revenue they collect––and they don’t make anything.

Instead, they’ve become single-minded in their pursuit of Wall Street, aiming for a public offering that now looks likely in the weeks or months ahead.  Spotify’s ambition to become a stock market titan –– a strategy music insiders continue to scratch their heads at –– will put the company in the untenable position of pleading poverty to Congress and pushing for even lower rates to music makers (“We can’t make any money, you have to save us!”), while simultaneously having to brag about how successful they are to their shareholders and the rest of Wall Street (“We’re making so much money! You have to buy our stock!”).  All you have to do is ask Pandora, internet-radio’s once but now fallen Goliath, how that untenable position worked out for them. (Spoiler alert: it didn’t.)

“Spotify doesn’t know what their product is…”

Spotify has a public relations problem because they have an actual problem, and for all the problems listed above, the greatest one they face is this: Spotify’s in trouble because Spotify doesn’t know what their product is.

It’s astonishing. But it’s absolutely true. I know, because they told me so.

I was invited to a closed-door “artists-only” meeting with executives from Spotify.  I’d been invited because of I Respect Music, a campaign I started and launched from my laptop which, improbably and surprisingly, has since become the largest grassroots campaign in American music history.  The meeting was a loud and pointed one –– something Spotify executives hadn’t anticipated –– and the 40 or so of us music makers present were openly incensed.

I was a vocal participant in the meeting, and when it was over I found myself surrounded by several Spotify executives.  One said, “Blake, I just don’t think you understand, our users love our product because it’s such an amazing one.”  Another added, “You have to look past just numbers, our product is so great it’s actually turning the industry around.”  This went on for a while, until I finally said to one of the executives, “You keep using that word, ‘product.’  I’m not trying to be difficult, I’m really asking you: what do you think your product is?”

The executive was surprised.  He stared at me blankly and said, “What do you mean? Our product is Spotify.”

There it was.  It was a shocking admission to me, in earshot of everyone, and one he obviously didn’t think was an admission at all.

“No no… sorry,” I said, shaking my head in disbelief.  “Your product isn’t ‘Spotify.’”  He continued to stare at me.  I said, “Sir, your product is music.”  The emboldened musicians standing around us started laughing.  The exec smiled and backed away, “Well okay, if you’re going to be like that.”

“Wait,” I said, “Listen, it’s music. Your product is music.  The reason I know that is because if we went out into the street right now and asked a thousand people what Starbucks’ ‘product’ is, they’d all say coffee.  Not a single person would say ‘Starbucks’ product is Starbucks.’ Right?”

“And by the way,” I added,  “Stop calling your subscribers ‘users.’ They’re not ‘users,’ they’re listeners––our listeners in fact.  You’re the ‘user.’  You’re using our music to monetize our listeners for your profit.”

He looked at me as if I’d just shot Santa Claus in the face.

“No, man!  You’re wrong!”  He was sweating now, and the dozen or so musicians who’d gathered around us began heckling him. He shouted, “Spotify is our product! You don’t get it at all!”  He stormed off.

I called after him, “You shouldn’t be fighting the people who make your only product.  That’s an expensive and stupid fight you’re gonna lose.” I left the meeting. I was still in disbelief.

I feel like this is a good time to remind you that I actually love streaming.

Webster’s English Dictionary defines the term “golden goose” as a continuing source of wealth or profit that may be exhausted if it’s misused. Sadly, Spotify’s ongoing crisis of misuse begins and ends with the fact that they don’t know their only product is music. They think it’s themselves, which explains each and all of their stunning mistakes and missteps. They’d be well-served to ask any first-semester business student what the difference is between a “brand” and a “product.” But I don’t think they will, and I don’t think it’d help them at this point. I think their goose is cooked.

Mark Twain wrote, “It’s not what you don’t know that gets you into trouble. It’s what you think you know for sure that just ain’t so.” Spotify’s in serious trouble because they’re powerfully sure of something that just ain’t so. They think this is all about them. It’s not.

There’s a bleak future waiting for Spotify if they continue to behave their way into situations like the one they’re in now. Wall Street won’t be able to save them. And music makers won’t be interested in even trying. Ask MySpace.

I really do love streaming. It’s not the future as many say, it’s the present. It’s here now, and it’s here to stay. It can provide enormous energy to our musical landscape –– lighting the way for music lovers and music makers alike––and it can and should drive great, productive, and healthy growth for all. I hope it does.