Looks Like Radiohead Is Backing Off Its Bogus ‘Creep’ Copyright Claim 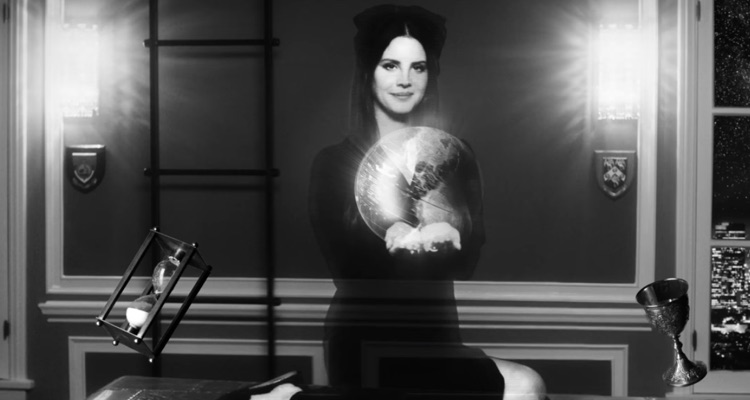 Lana Del Rey, from her ‘Lust for Life’ Album Trailer.

Radiohead now says they aren’t suing Lana Del Rey over ‘Creep’.  So what are they doing?

That’s the stinky possibility following a strange admission this morning from the group’s publisher, Warner/Chappell Music.  Apparently, neither the group nor its publisher are taking Lana Del Rey to court over alleged infringements found in the singer’s song, ‘Get Free’.

Just last week, Lana Del Rey answered rumors about a supposed lawsuit between herself and Radiohead, based on alleged plagiarism of the 90s classic, ‘Creep’.  “It’s true about the lawsuit,” the singer tweeted fans on January 7th.  “Although I know my song wasn’t inspired by Creep, Radiohead feel it was and want 100% of the publishing — I offered up to 40 over the past few months but they will only accept 100.  Their lawyers have been relentless, so we will deal with it in court.”

Sounds like pretty intimidating stuff.  And anyone who’s been the target of endless legal threats knows how these ‘negotiations’ can go.

But now, it looks like the band — and its ‘relentless’ lawyers — are backing off.

According to a statement issued this morning by Warner/Chappell Music, ‘discussions’ involving ‘representatives’ have been going on for months.  But the publisher denies that a demand for 100% publishing was issued.  And there isn’t a lawsuit filed.

“It’s true that we’ve been in discussions since August of last year with Lana Del Rey’s representatives.  It’s clear that the verses of ‘Get Free’ use musical elements found in the verses of ‘Creep’ and we’ve requested that this be acknowledged in favor of all writers of ‘Creep’.

“To set the record straight, no lawsuit has been issued and Radiohead have not said they ‘will only accept 100%’ of the publishing of ‘Get Free’.”

Of course, threatening to sue is a lot easier than actually suing.  Especially when you’ve got a flimsy case.

Accordingly, fresh claims about the actual copyright surrounding ‘Creep’ are now surfacing.  As publications started digging into the threats against Del Rey, a funny detail emerged on ‘Creep’.  It turns out that the song is amazingly similar to the early 70s hit from The Hollies, ‘The Air That I Breathe’.  In fact, it’s so similar that the writers of that song are now paid every time ‘Creep’ generates a royalty payment.

All of which raises the obvious next question: does Warner really control the copyright to ‘Creep’.  Technically, the mega-publisher ‘owns’ the work, but the song is arguably a flat rip-off of an earlier hit.  Which makes it sound like Radiohead was trying to extort Lana Del Rey on a song they didn’t really write.

Unfortunately, this isn’t the first time we’ve seen behavior like this.

Earlier, Warner/Chappell was forced to cede it’s ‘copyright’ over ‘Happy Birthday to You’.  That’s right: Warner claimed to own rights to the age-old classic, even though the actual melody had long since passed into the public domain.  Using an extremely questionable claim over the ‘modern-day’ lyrics to the song, the publisher made millions shaking down anyone who dared to use the ditty in a commercial work (and that includes filmmakers, restaurant owners, toy companies, etc.).

+ Happy Birthday Is Officially In The Public Domain, Judge Rules

In fact, Warner’s flimsy claims are the reason why you’d never hear ‘Happy Birthday to You’ in a motion picture.  And why producers were getting saddled with massive legal fees for ‘abusing’ a copyright.

Let’s hope the same thing isn’t going down with ‘Creep’.  But it kind of has a similarly foul odor.