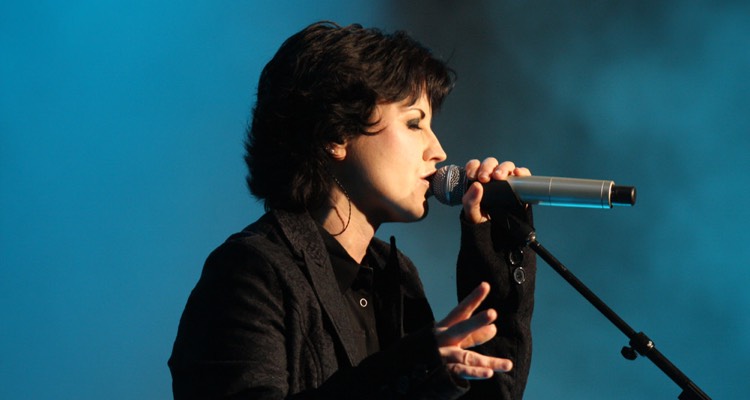 The Cranberries lead singer Dolores O’Riordan may have succumbed to deep depression, according to details now surfacing.  The singer passed away unexpectedly last weekend at the age of 46.

It was another sudden death from a highly-successful singer.  Out of seemingly nowhere, 46 year-old Dolores O’Riordan, lead singer of the Cranberries, died over the weekend.

There was no explanation offered, and a representative declined to offer any cause of death.

Investigators in London subsequently stated that the death does not appear ‘suspicious’.  We’re not sure exactly what that means, but local officials indicated that a preliminary report would be issued on Friday, January 19th.  O’Riordan was found dead in her hotel room in the Westminster section of London.

Now, some clues are emerging on what may have led to the untimely death.

The Cranberries lead singer had apparently suffered from serious depression and mental instability.  Indeed, the singer herself admitted to wild mood swings, deep lows, and bipolar disorder.  O’Riordan also stated that she was sexually molested as a young girl.

That turbulence led to at least one suicide attempt.

Back in 2013, O’Riordan told the Belfast Telegraph that she attempted to take her own life by overdosing, presumably with medications (though we’re not sure).  “I tried to overdose last year,” the singer stated. “I suppose I am meant to stay here for the kids.”

In the same interview, the Cranberries lead also admitted to anorexia, alcoholism, nervous breakdowns, and recurring thoughts of suicide.

She also said this regarding sleeping pills:

“I cannot have sleeping tablets around, because if I have a few drinks I’ll take them. On tour, it was just so easy to say: ‘I can’t sleep, I’ve had a couple of drinks, maybe I’ll take one.’ Then you take another. Then you don’t wake up. That can happen. I am careful now.”

O’Riordan actually seemed functional ahead of the sudden death.  She was working on a version of ‘Zombie’ with the LA-based band, Bad Wolves.  O’Riordan was apparently preparing to record her vocals from London, where she was later found dead.

Others seemed shocked by the death, and didn’t notice any warning signs.