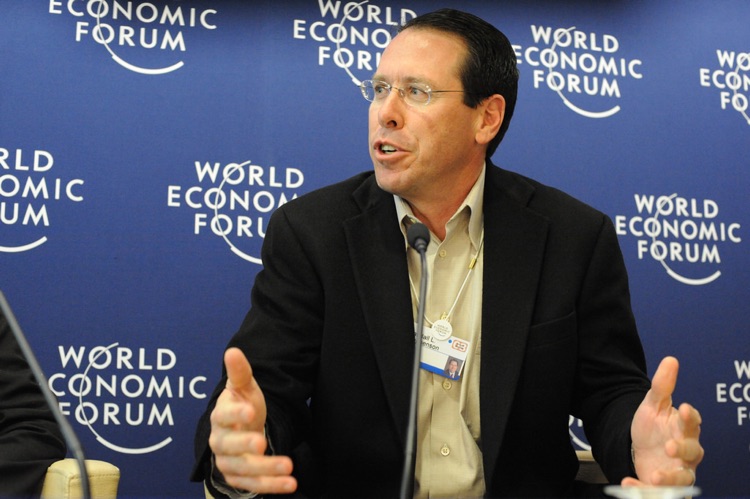 AT&T is one of the companies supposedly benefitting from the FCC’s shutdown of net neutrality.  So why is AT&T’s CEO fighting to keep net neutrality alive?

Typically, a corporation doesn’t protest when it gets a juicy government benefit.  But AT&T’s CEO, Randall Stephenson, thinks that the FCC’s rollback of net neutrality is short-sighted and bad for customers.  Even if shareholders love it.

Just this morning, Stephenson spoke publicly against the rollback.  But this wasn’t just an offhand comment.  Instead, AT&T is launching a full-blown campaign against the FCC, hoping to create better protection for net neutrality in the future.

So far, the protest includes full-page ads in the New York Times and the Washington Post.

Stephenson is proposing an “Internet Bill of Rights,” which aims to protect an open internet against ISPs, Google, Facebook or anyone carrying bottleneck influence.  Under the proposed legislation, it would be outright illegal to throttle or block any legal website destination.  And charging for ‘fast lane’ prioritization would also be banned.

“Congressional action is needed to establish an ‘Internet Bill of Rights’ that applies to all internet companies and guarantees neutrality, transparency, openness, non-discrimination and privacy protection for all internet users,” Stephenson declared in the ad.

The pushback is happening as a surge of protests gain strength.  Already, dozens of tech companies are suing the FCC, and more than 20 state attorneys general are also launching legal challenges.

Adding to that groundswell are direct challenges from states themselves.  Earlier this week, the governor of Montana signed an executive order requiring net neutrality compliance from any ISP doing business in the state.  Moments later, a bill protecting net neutrality emerged in the New York legislature.

All of which exposes a serious short-sightedness on the part of the FCC and its commissioner, Ajit Pai.

Against howls of protest and overwhelming public opposition, Pai led the charge to dismantle net neutrality.  Now, those guns are being pointed at ISPs themselves, who are getting blamed for championing the crony legislation.

All of which could spell disastrous consequences for providers like AT&T, Comcast, Verizon, and others.  For starters, a patchwork of state regulations could drastically increase costs, offsetting gains from high-priced ‘fast lanes’.

More drastically, municipalities could ultimately replace entrenched ISPs with their own, tax-funded solutions.  That’s already happened in places like Fort Collins, CO, and could offer a prelude to wide-scale, state-controlled internet access.