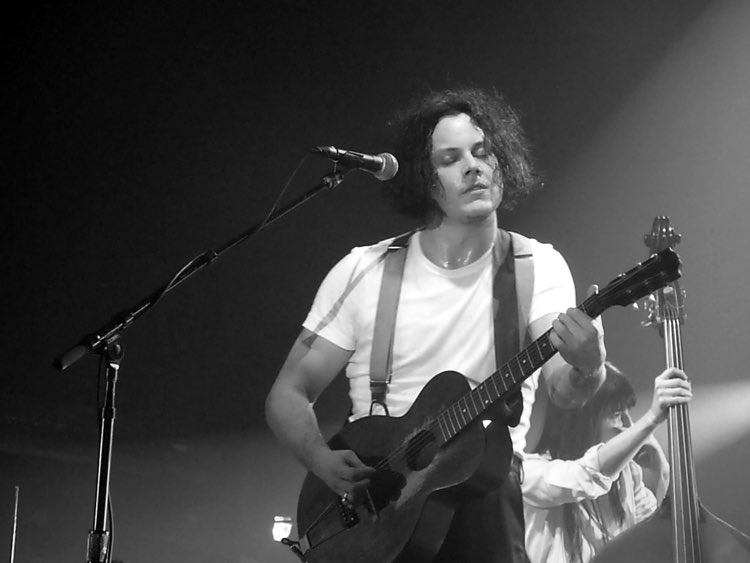 Jack White hates phones at his concerts.  So he’s banning them.

Some performers don’t mind phones at their shows.  Jack White definitely isn’t one of them.   Now, the White Stripes progenitor is banning all mobile phone usage at his shows.  And he’s using a pretty clever trick to do it.

Actually, White has been asking his fans to keep their phones in their pockets — for years.  It hasn’t worked.  So now he’s trying a different approach.

Accordingly, here’s what will happen when you go to an upcoming Jack White show.

First, you can still bring your phone to the venue.  But you’ll be forced to seal the phone in a locked pouch.  If you want to open the pouch, you have to leave the concert area.

A locking pouch will be provided for people to hold their phones in during performances.

“We think you’ll enjoy looking up from your gadgets for a little while and experience music and our shared love of it IN PERSON,” White posted on his website.

Actually, Jack White has already tested the idea.  And he said people embraced the idea of ditching their phones.  “We tried and and people loved it,” White recently told Conan O’Brien.  “People applauded when we asked them for that.”

“They applauded and everyone as a mob agreed.  We don’t like this idea, this practice [of everyone filming].  Because I think it’s distracting for people in the back who really want to watch.

‘They see this see of blue screens in front of them — between them and the artist.”

This isn’t some cloth sack with a padlock around it.  It’s actually a specially-designed pouch designed by a company named Yondr.  It actually remains locked within a certain pre-defined perimeter, usually the section around the stage.

Head out to the lobby, or outside, and the lock releases. 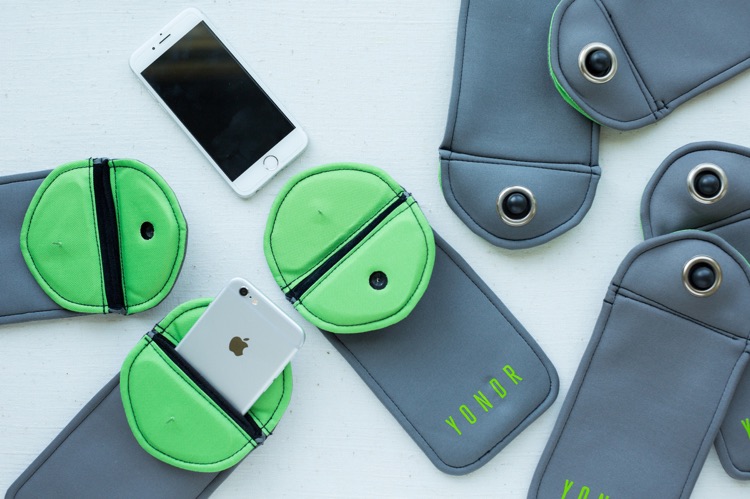 Yondr created a locking pouch for people to hold their phones in during performances.

Yondr’s founder, Graham Dugoni, designed that system to preempt our automatic, uncontrollable urge to activate our devices. “If you use a device all the time, it’s going to affect your nervous system and your patterns of thought and social interaction. It’s really just an impulse check that’s needed, I think,” Dugoni recently told Wired.

White loves the idea because it keeps fans more engaged.  But he’s not the only one.  Last year, the Lumineers also tried out the concept.

Others road-testing the idea include Alicia Keyes and Guns n’ Roses. 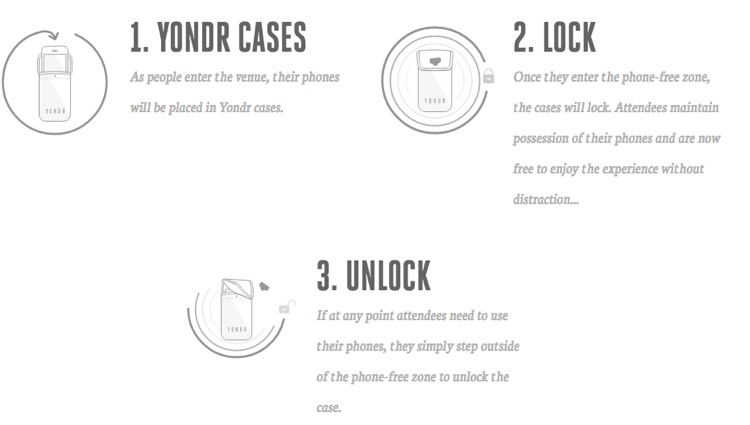 But the biggest beneficiaries of this idea might be comedians.

That’s because comedians’ closed-door environments are suddenly getting broadcast on the web, destroying the ‘safe place’ they love.  Which means that raunchy jokes meant for a group of 40 people are suddenly available to 40 million — none of whom ‘get it’.

On that note, Dave Chappell has also used the idea. Seems like it’s catching on.