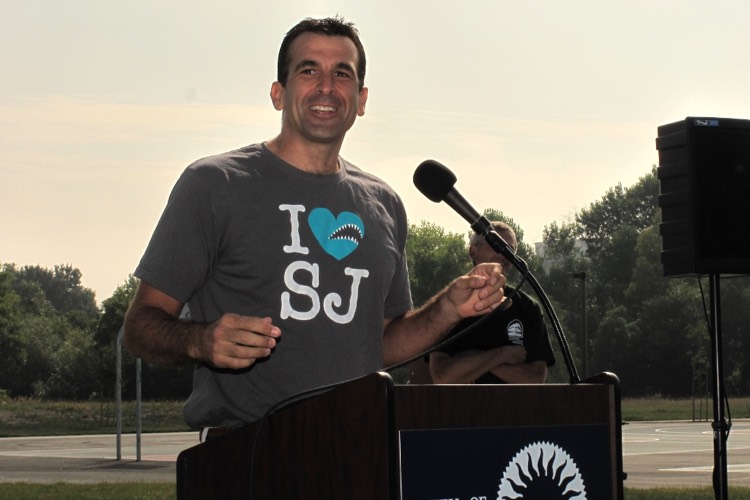 San Jose mayor Sam Liccardo is publicly stepping down from the FCC’s ‘Broadband Advisory Council’.  Liccardo says the Council is clearly designed to help corporate interests instead of citizens.

In a sharply-worded resignation letter, Liccardo described a government agency that had little interest in helping internet users.

“I hoped to develop balanced, common-sense recommendations that will advance our goal of expanding broadband access across the country, particularly for the 34 million low-income and rural Americans who lack that access,” Liccardo stated.  “Instead, after nine months of deliberation, the committee has made no progress toward a single proposal.”

The move is part of a growing rift between Trump’s FCC and various states.

Just recently, the governors of Montana and New York signed executive orders requiring ISPs to comply with net neutrality provisions, or lose their lucrative state contracts.  Those orders are direct counterattacks against the FCC, which aggressively rolled back net neutrality despite heavy popular protests.

Accordingly, Liccardo mentioned net neutrality as an important issue.  But the San Jose mayor is more focused on getting people connected — at all.  Amazingly, 28 percent of San Jose residents have no access to broadband internet access, according to study conducted by the city and San Jose.

“We have about 95,000 residents in San Jose that don’t have access to high-quality broadband,” Liccardo explained.  “The majority of those are low-income folks, and a very high proportion of that is the Latino Hispanic community.”

That puts the heavy glare on cable providers and ISPs, most of whom are aggressively raising rates for 2018.  Cost is the biggest barrier for getting broadband.

Unfortunately, San Jose suffers from a lack of competition.  The mayor pointed to a duopoly for most of the city, making it hard to create cost competition.  Indeed, proposals to increase the competition fell on deaf ears, raising concerns that the FCC has merely become a puppet for corporate ISPs like Comcast and Verizon.