After a Long Fight, ‘We Shall Overcome’ Is Officially In the Public Domain 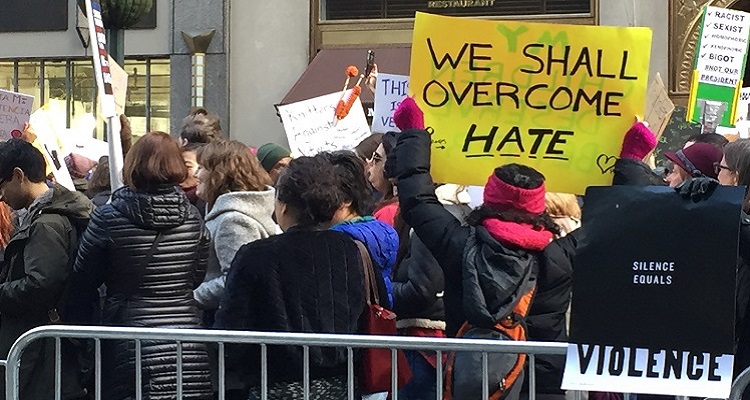 True to the song name, ‘We Shall Overcome’ has overcome strong legal opposition from its original publisher.

Two years ago, the We Shall Overcome Foundation filed a lawsuit against Ludlow Music and the Richmond Organization to free the song ‘We Shall Overcome.’  According to the organization, the song actually came from a 19th-century spiritual.

Pete Seeger’s versions, copyrighted in 1960 and 1963, only had minor alterations to lyrics registered in the public domain.  In November of 2016, a New York federal judge rejected the publishers’ bid to dismiss the lawsuit.

Now, following a legal setback last September, Ludlow has backed off of ownership claims for ‘We Shall Overcome.’

Last September, US District Judge Denise Cote in Manhattan struck down copyright protection for the song’s first verse.  Ludlow had argued that they had the right to own the song as it was “sufficiently original and distinguishable from what came earlier.”

We shall overcome some day.

Oh, deep in my heart I do believe.

We shall overcome someday.”

Cote had ruled that the song didn’t have sufficient originality.

Speaking on the publisher’s decision to free the song, Mark Rifkin, an attorney for the We Shall Overcome Foundation, said,

“We are extremely gratified to achieve a victory… for a song that has so much meaning for so many people.”

Accordingly, publisher Ludlow Music disagreed.  Stating that the agreement will adversely affect scholarships given to African-Americans, the company wrote,

“This case will largely end Ludlow Music Inc.’s trusteeship of this song.  Since the early 1960s, songwriter royalties from “We Shall Overcome” have been donated to the non-profit Highlander Research and Education Center… Without the same scope of copyright protection, Highlander’s grants and scholarships will be deeply affected in the future.”

But this case isn’t completely closed.  Attorneys for the We Shall Overcome Foundation still have an application pending for legal fees and expenses.

Ludlow warned that the decision to free the song will have unforeseen consequences.  Individuals, corporations, or ad agencies could “use the song’s words and melody in any manner they wish.”  Possible uses include commercials, parodies, spoofs, and jokes, cheapening the song’s true meaning.

“This is the saddest result of this case.  In this era of hate and divisiveness, now more than ever, ‘We Shall Overcome’ should be a fully protected work and cherished as a national treasure.”