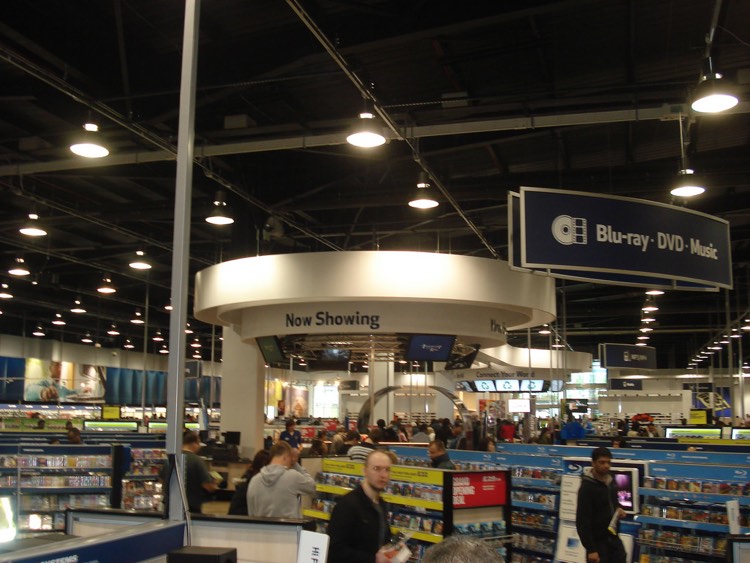 CDs don’t sell anymore.  So Best Buy is ditching them — and Target is about to follow suit.

Who buys CDs anymore?  Not enough people, at least at Best Buy stores.  Accordingly, the mega-retailer is ditching the shiny discs in a matter of months.

According to a report from Billboard, Best Buy is planning to completely abandon the CD format by July 1st.  But the phase-out is already starting, with all Best Buy locations likely to be scrubbed of the format in a matter of months.

The report also notes that Target is considering something similar.  In fact, the retail giant is apparently deciding to only carry CDs ‘on consignment,’ meaning that Target only pays if the CD itself sells.  That’s a very hard bargain, though apparently major labels and suppliers are considering the deal.  “If the majors don’t play ball and give in to the new sale terms, it could considerably hasten the phase down of the CD format,” Billboard noted.

That’s quite a fall from the heyday of the late-90s and early-2000s, when CDs were drawing tens of billions in revenues.  In fact, at one point, CDs accounted for more than 95% of all recorded music sales.  And thanks to comfy margins, CDs powered the greatest peak in the history of the music industry.

The double-whammy from Best Buy and Target represents a serious blow to major recording labels.  Only a few years ago, Best Buy, Target and Walmart competed for juicy album exclusives.  That include CD and vinyl releases from the likes of Taylor Swift and AC/DC, with the foot traffic proving valuable to the winning bidder.

Now, the number of people that will actually be drawn into those splashy exclusives is declining.

No word yet on whether Walmart will continue selling CDs after 2018.  Walmart has been selling CDs for $5 or less for years.

Incidentally, Best Buy will continue to sell vinyl records, right next to high-selling turntables.  That vinyl format remains high-growth, thanks to a decade-long nostalgia boom that shows no sign of abating.