An FCC Commissioner Admits: ‘ISPs Can Almost Direct What You See… And Don’t See’ 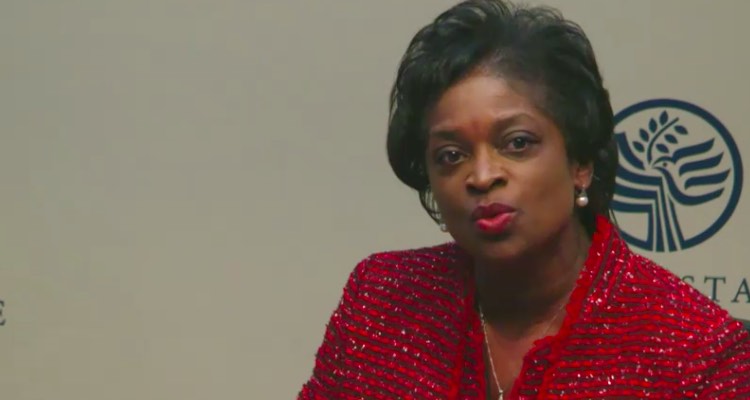 The FCC says that net neutrality is totally misunderstood and bad for the internet.  Mignon Clyburn, an FCC commissioner, says that’s not true.

Now, we’re hearing it from the inside.  Mignon Clyburn, one of two FCC commissioners who voted to protect net neutrality, is now explaining the real effects of ditching net neutrality.

“I’m worried, I’m absolutely worried,” Clyburn told ABC News’s David Kelly at the Nexus Global USA Summit.  “One or two or three internet providers should not be the gateway to the internet.”

“When you talk about how important connectivity and access to the world is, this is why this issue is so important,” Clyburn continued.  “This is why people are just so aware, emotional, and expressive when it comes to net neutrality.  It is a building block.  It is us growing and exploring and advancing through that foundation.”

Under the previous, ‘Title II’ net neutrality provision, Clyburn argued that internet users ultimately had control over what they surfed.  No longer: after the December rollback, ISPs  “can almost direct what you see or make sure there are certain things you don’t see that is not in their economic or political advantage.”

Clyburn also questioned whether net neutrality really ‘held back’ any ISPs from investing in broadband infrastructure.

Just last week, the FCC released a report indicating that the net neutrality rollback was already stimulating greater broadband infrastructure.  But Clyburn the dissident sharply questioned that assertion.  “From 1993 until 2009 we have seen $271 billion worth of investment when it comes to mobile broadband,” the commissioner relayed.

“Our framework in Title II is the strongest legal authority we have to make sure that investment flows.”

Clyburn also indicated that this war is far from over — and the FCC could face a rude awakening.

“There are twenty-two states that are going to challenge us,” Clyburn stated, referring to legal actions against the FCC from 22 state attorneys general. “Pay attention to what they are doing.”

On top of that, four state governors have signed Executive Orders forcing ISPs with state contracts to adhere to net neutrality.  And two states — Washington and California — have fast-moving bills in legislature to protect net neutrality.  Accordingly, there’s the expectation of even more resistance ahead.

So where does all this go?  “There are opportunities to talk to local lawmakers and officials,” Clyburn said.  “This is about the FCC’s ability to encourage infrastructure investment and what that means to those communities that are going to be negatively impacted by us pulling away from Title II.”

That sounds encouraging for major media companies like Netflix, Spotify, Apple, and Amazon, all of whom could face steep tolls in exchange for end user access.  But now, it’s starting to look like the FCC’s order may just lack the necessary teeth.