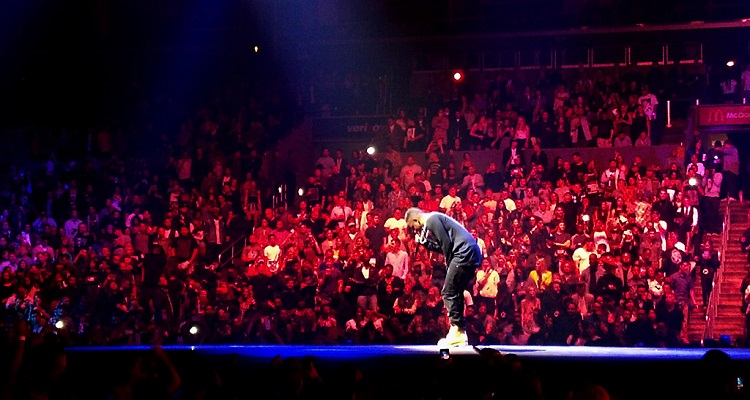 Pro photographers won’t be able to capture any pictures at Kendrick Lamar’s upcoming dates.  But feel free to take as many cell phone shots as you please.

Initially, we though Kendrick Lamar was banning all cameras during his latest tour.  The Guardian pointed to a ban on mobile phones, though the report turned out to be, well, fake news.

The Guardian story now looks confusingly edited to cover the initial misreport.  Either way, Kendrick’s reps pointed to a ban on outside pro photographers, in favor of a pre-selected, authorized photography crew.  The switch is effective immediately, and means that an entire, upcoming European tour will be pro photographer free.

Top Dawg Entertainment will control their own troupe of photographers, and accordingly, pick the shots they want to publish.

Lamar, often hailed as the “new king of hip-hop,” often hails himself as the “greatest rapper alive.”  Sold-out and electrifying music concerts have proven his bankability and popularity.

The move doesn’t prevent crappy photos from proliferating the internet.  But a separate problem is often created by pro photographers gone wild, especially if there isn’t a tightly-controlled entry and approval process.  Pro shots often receive far greater dissemination and attention, simply because the photos are being pushed by a major media entity.

And for more on that, look no further than Beyonce.  The singer was tortured by horrifyingly bad photos from her 2013 Super Bowl Halftime performance, snapped by a well-positioned pro.  Even better: those garish shots refuse to die, thriving on the internet despite perpetual attempts by Beyonce’s publicity team to remove them.

After that unfortunate episode, things changed, with performers like Beyonce tightly controlling the photographer list (and approvals).  Even Taylor Swift switched up her photographer contracts, effectively wrestling control over the pictures taken by ‘invited’ photographers.

Apparently Lamar is also getting the memo.