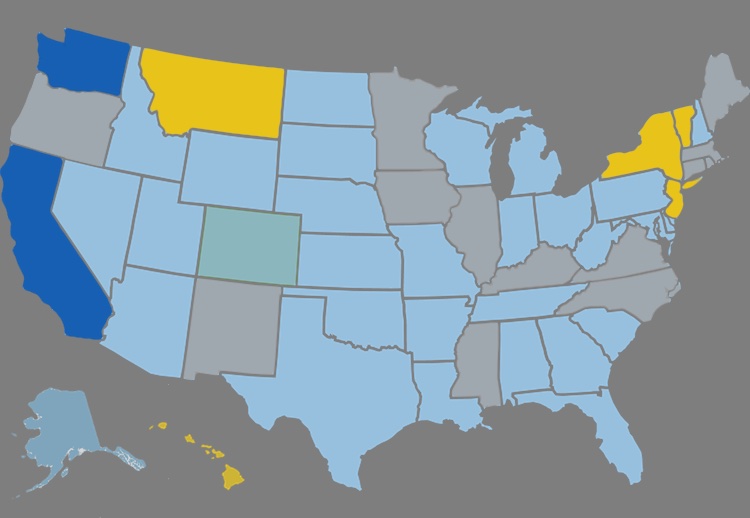 If the FCC wanted a fight, they got an MMA death-match.  Now, more than 7 U.S. states have measures outright challenging the FCC’s December rollback of net neutrality.  And that’s a number likely to increase.

Perhaps more menacing to the FCC are fast-moving bills in both California and the State of Washington.  Legislators in both states have fast-tracked bills into their respective upper chambers, with clear legal requirements for ISPs to follow net neutrality guidelines.

Both bills were passed with extremely lopsided majorities, making their passage into law highly likely.

In total, that means 7 U.S. states are in outright defiance of the FCC and its chairman, Ajit Pai.

In total, that represents a population of more than 78.3 million people, or 24.2 percent of the entire U.S. population.

Here’s the quick math on this pushback, per 2016 census estimates:

Meanwhile, ISPs are starting to realize that Ajit Pai may have been a poor choice for FCC chairman.  And a disastrous leader.

The cocky FCC Commissioner seemed like the perfect choice, and an effective choice for ripping apart net neutrality regulations.  But Pai obviously lacked the political savvy required to make the repeal work.  In fact, his blunt repeal has triggered a reaction so incredibly strong, ISPs are realizing that the repeal may become a useless piece of paper.

+ An FCC Commissioner Admits: ‘ISPs Can Almost Direct What You See… And Don’t See’

Even worse, the pushback could serve to actually strengthen net neutrality resolve nationwide.  And no ISP wants to deal with state-by-state compliance differences.   Accordingly, ISPs are backing away from the radioactive measure.  That includes the CEO of AT&T, who declared the rollback a stupid idea in public comments.

Others are also reacting.  In response to the Vermont Order, the New England Cable and Telecommunications Association urged a redrawn, nationwide ‘standard’ on net neutrality.  Otherwise, the group warned of “a disruptive patchwork of inconsistent state actions,” all of which lowers profits.

Overall, that newer reality will likely be worse than the uniformed, nationwide net neutrality order implemented under the Obama administration.  At least from the perspective of ISPs.