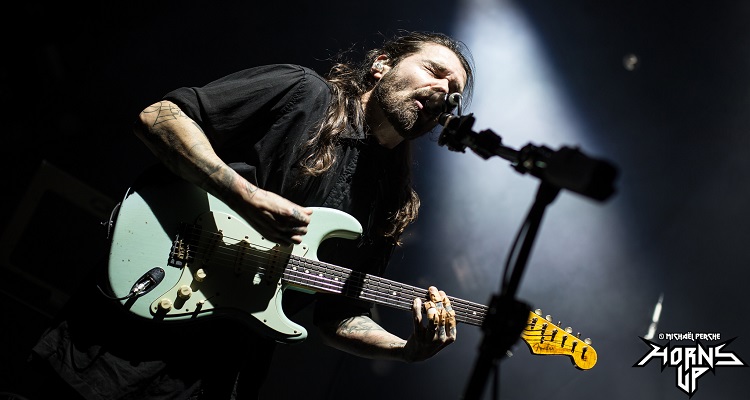 Despite what your parents may have said, metal music is actually good for you.

Looking for a reason to listen to metal music?  This report may help.

According to a study published in the Journal of Community Psychology, metal music can actually boost mental health.  Researchers Paula Rowe and Bernard Guerin from the University of South Australia found that metal provided a positive outlet for people aged 18 to 24.

Writing on their findings, Rowe and Guerin explained,

“Despite experiences of intense family situations, ostracism, bullying and loneliness, these participants all got through this period of life with little or no explicit mental health issues.”

“All participants described how the embodiment of metal identities brought about a sense of social protection.”

Researchers also believe that past conclusions of metal music and worsening mental health have been limited.  These limitations have led people to come to wrong conclusions about the genre.

“There is a history of speculating on the mental health of metal youth through correlational and experimental research that record nothing of the detailed social contexts and immediate life-worlds by talking to the metalheads directly.”

Rowe and Guerin noted that negative perception of metal music has only increased thanks to violent outbursts from public performers.  They cited Ozzy Osbourne biting the head off a dove as a clear example.

Three years ago, the University of Queensland’s Dr. Genevivie Dingle came to similar conclusions in her research.  Speaking with Australian news outlet ABC, she hoped that these studies could “bust the myth” surrounding metal music.  She found that the genre lacked elements considered inherently negative and harmful to people’s well-being.

A similar study published in 2016 found that metal music allowed listeners to cope with their own mortality.  Researchers added that the genre served as an “escape from depression and even helpful against death-related thoughts.”

“Fringe style cultures can attract troubled youth who may engage in risky behaviors…  What we found is that they also serve a protective function as a source of kinship and connection for youth seeking to solidify their identity development.”

Featured image by mzagerp (CC by 2.0)