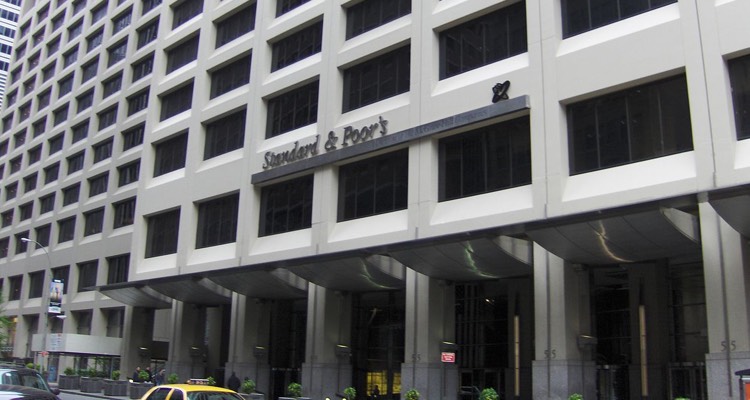 The situation at Gibson Guitar just went from bad to worse.  Now, another major credit agency has seriously downgraded the guitar maker, and warned of hundreds in millions of loan defaults over the next few months.

Gibson Guitar has been in business for 116 years.  This year might prove to be its toughest.

Just this morning, the storied guitar maker received another big blow: a major downgrade from Standard & Poor’s.  The rating agency slipped Gibson Brands, Inc., from a ‘CCC’ rating to a ‘CCC-minus’ rating.  That indicates a serious threat of credit default and bankruptcy ahead.

In fact, the CCC-minus is basically one step above actual bankruptcy.  All of which makes it extremely difficult for Gibson Guitar to obtain the nearly-$400 million in loans needed to survive the next few months.

The downgrade follows a serious downgrade by Moody’s, and reflects growing concern about Gibson’s financial future.

Beyond that, loans totally $145 million are also due within the same time frame.

“With multiple maturities looming and operating weakness ongoing, we believe Nashville-based Gibson Brands could default on its debt obligations over the next six months,” S&P analyst Francis Cusimano Jr. stated in a report.

Just last year, Moody’s downgraded Gibson to a ‘Caa3’ rating, based on “substantial credit risk” and a capital structure judged to be “unsustainable.”

Meanwhile, Juszkiewicz has outlined a plan to pay down the existing debt, particularly by securing new loans.

But whether anyone is lending is a serious question.  Typically, creditors prefer companies with stronger ratings, unless extremely high interest obligations are attached.

Accordingly, a group of activist creditors are trying to strip Juszkiewicz of majority ownership.  Other top-level executives would also be pushed aside, with a brand-new executive team tasked with righting the ship.

That sets the stage for a serious fight ahead, with Juszkiewicz & Co. battling his own creditors in a war for the company.  That is likely to worsen an already disastrous situation, with infighting distracting attention away from an emergency realignment.  That includes a strategy for fighting a rash of lower-cost competitors, slumping demand for guitars, and an oversupply of lower-priced used instruments.