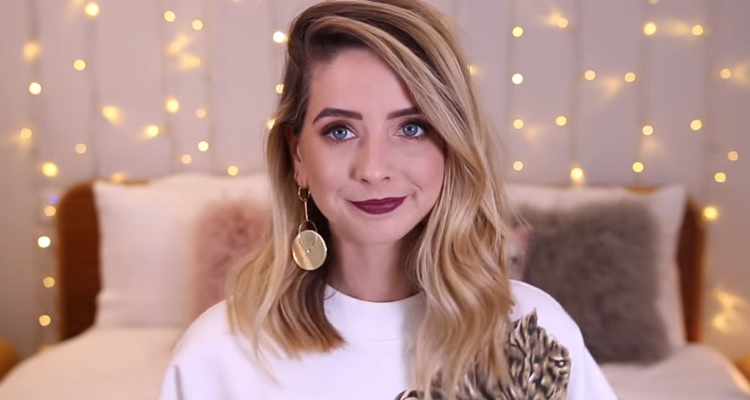 Last year, the team at Information is Beautiful found that content creators only made $1,472 after 2.2 million video views.  This year, The Trichordist noted that the video streaming platform paid a paltry $0.00074 per stream, a slight uptick from last year’s $0.0006 rate.

With the company’s recent update to its monetization eligibility policy, a new study has found that these numbers will only continue to get worse.

Why you probably won’t ever make money from your videos on YouTube.

According to research from Germany, only a few creators will only ever make enough to pay their monthly rent.  The study, done at the Offenburg University of Applied Sciences, found that 96.5% of all YouTubers won’t make enough revenue to surpass the poverty line in the US.

Speaking with Bloomberg News, Professor Mathias Bärtl said that very few could enter the top 3% of most-viewed channels.  He found that these YouTube channels bring in over $16,800 in advertising revenue per year.  That’s slightly above the US federal poverty line, currently at $12,140 for a single person.

Only the top 3% of content creators of all time have brought in more than 1.4 million monthly views. 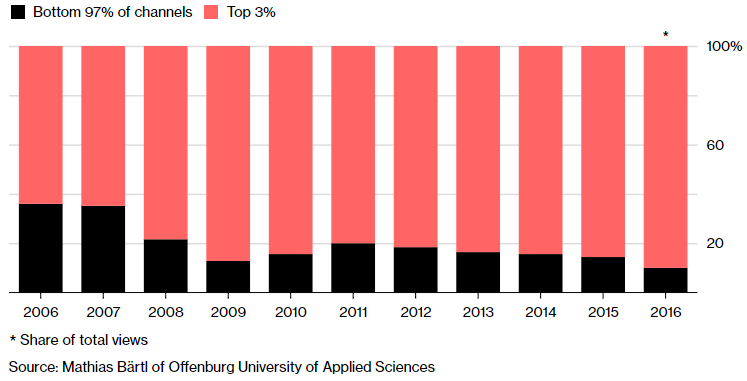 “If you’re a series regular on a network TV show, you’re getting a good amount of money.  Yet you can have half a million followers on YouTube and still be working at Starbucks.”

Marwick works as an Assistant Professor of Communication at the University of North Carolina at Chapel Hill.

According to Lyor Cohen, a top YouTube executive, the video platforms pays out $3 for every 1,000 plays.  The Recording Industry Association of America (RIAA) and various research firms have long refuted this claim, placing the number at around $1.50 (if that).

Accordingly, to calculate earnings estimates in his study, Bärtl used an income of $1 for every 1,000 views for an average YouTuber.  According to Harry Hugo of the Goat Agency, a major influencer marketing firm in London, that number makes sense.

A company spokesperson said that the number of channels earning hundreds of thousands of dollars has increased 40% year over year.  Without providing any proof to back up this claim, the spokesperson stated,

“We continue to see tremendous growth with creators on YouTube.”

According to Bärtl, however, the major revenue imbalance has only become worse.  Twelve years ago, the top 3% of channels brought in 63% of total YouTube views.  In 2016, top YouTubers received 9 out of every 10 views on the platform.  The bottom 85% of new YouTubers in 2016 only achieved a maximum of 458 views per month.

Why you shouldn’t expect to make a career on YouTube.

“I don’t know where it’s going to end up.  It’d be cool if I could take the path others have and make it into a job, but we’ll have to see.  I think if I keep uploading, there’s no reason I shouldn’t be able to make it a career.”

Benjamin recently hit 100 subscribers.  He had 71 subscribers at the beginning of 2018.

Realistically, Benjamin and other similar YouTubers may never make a career from their videos.  Recent changes on the platform have only made it much more difficult.  In January, YouTube changed its monetization eligibility requirements.  To earn money from uploaded videos, content creators will need at least 1,000 subscribers or 4,000 hours of total watch time.

“Even though 2017 was a challenging year, thanks to creators like you, it was full of the moments that make YouTube such a special place…  We’re confident the steps we’re taking today will help protect and grow our inspiring community well into the future.”

With the revenue gap only worsening, it appears the only one that can expect a bright future is YouTube.