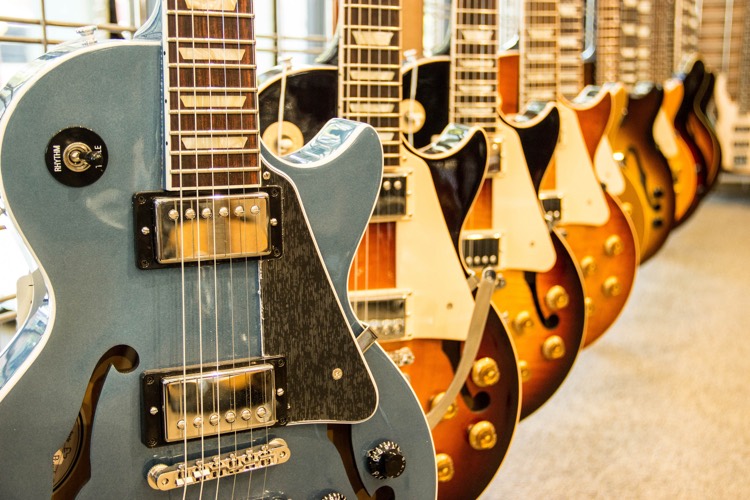 Gibson Guitar is now desperately trimming its operational overhead costs to stave off a near-term bankruptcy.  Last week, the company acknowledged outstanding loans exceeding $500 million, with payoffs due by late July and early August of this year.  If Gibson is unable to meet those obligations, analysts say bankruptcy is a near-certain possibility.

According to the Nashville Post, Gibson has already started laying off employees.  So far, that includes 15 employees at an Elm Hill Pike plant this week.  Specifically, the cuts were made at the Gibson Custom Shop, which focuses on higher-end, custom guitar manufacturing.

That’s one of several Gibson manufacturing operations sprinkled throughout Nashville, leading to fears of broader cuts ahead.   And Gibson’s CEO is doing little to allay those concerns.  In comments issued by Gibson chief Henry Juszkiewicz, the layoffs were acknowledged as “part of broad initiative throughout the company to prepare for our refinancing,” and a “Spring cleaning of sorts” to lighten the operational load.

The Custom Guitar Shop focuses on handmade, painstakingly-crafted guitars, with price points starting at $4,000.  Depending on the model and specifications, those prices can easily soar past $20,000.  Those high-tailored guitars certainly help the Gibson brand, though financially, they may not be generating sustainable revenues.

More importantly, the presence of less profitable operations will reduce Gibson’s chance of getting emergency funding.

An analyst at Moody’s remarked that bankruptcy was now a very real possibility.

Meanwhile, creditors are putting heavy pressure on Juszkiewicz to relinquish control of the company.

According to Bloomberg, the activist group of bondholders is now pushing for the CEO to give up ownership control and cede the company to them.  Juszkiewicz is strongly resisting those pressures, though it’s unclear if he’ll be able to retain control of the guitar maker if a default occurs.

Separately, outside investors are eyeing the company for a possible vulture acquisition.  According to details shared with Digital Music New, a group of investors based in China are now considering a buyout.  But they’re waiting for the company to plunge into bankruptcy first.  That would introduce a distressed price point, while allowing the investment consortium to shed entire factories, management teams, and legacy financial obligations.