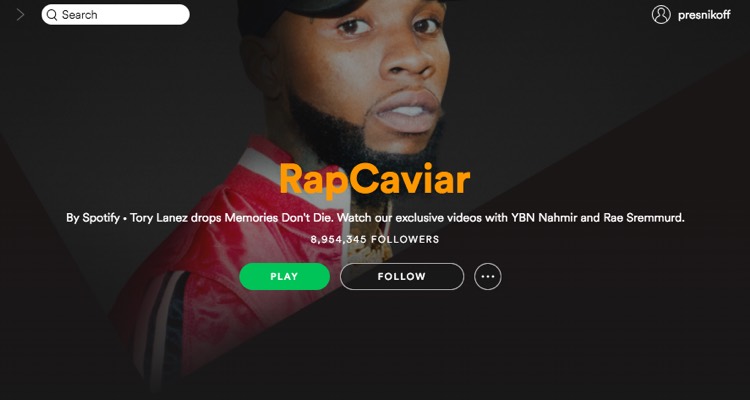 Tuma Basa joined Spotify in 2015 as the Global Programming Head of Hip Hop.  Before that, he spent four years at BET, ten years at MTV, and three years as VP of Music Programming at Revolt TV.

His exit raises some serious questions, especially given rap’s incredible importance to the platform.  And, Basa’s influence on that trajectory.

Tuma Basa propelled RapCaviar to becoming one of the company’s Top 5 playlists worldwide.  He was the custodian of Spotify’s top genre-specific playlist, with a massive 19 million followers.  Accordingly, Basa and his team have played an important role in breaking new artists.

The list of Rap Caviar beneficiaries include Desiigner and Cardi B.   But Tuma Basa doesn’t like people calling him a ‘gatekeeper,’ a label often assigned to influential curators. He considers himself as a ‘facilitator’.

Basa’s departure is part of long list of sudden exits.

“Tuma has been an incredible asset to the Rap Caviar team, and we thank him for his contributions,” the company stated.  “The Rap Caviar team, which is rapidly expanding with boots on the ground globally, is committed to building the brand and giving its users the best hip-hop experience on the platform.”

+ Spotify Officially Files for Its ‘IPO’ — And Exposes $1.5 Billion In Annual Losses In the Process

Officially filed paperwork for a public offering with the Security and Exchanges Commission (SEC) earlier this week.  We’re trying to pin down the exact timing, though it appears that Basa was exiting the building roughly 24 hours later.

Hopefully Basa has some options in his pocket.  Otherwise, that’s just more billions for the remaining execs.