Keith Richards Says ‘The Drugs Today are Just So Bland’ 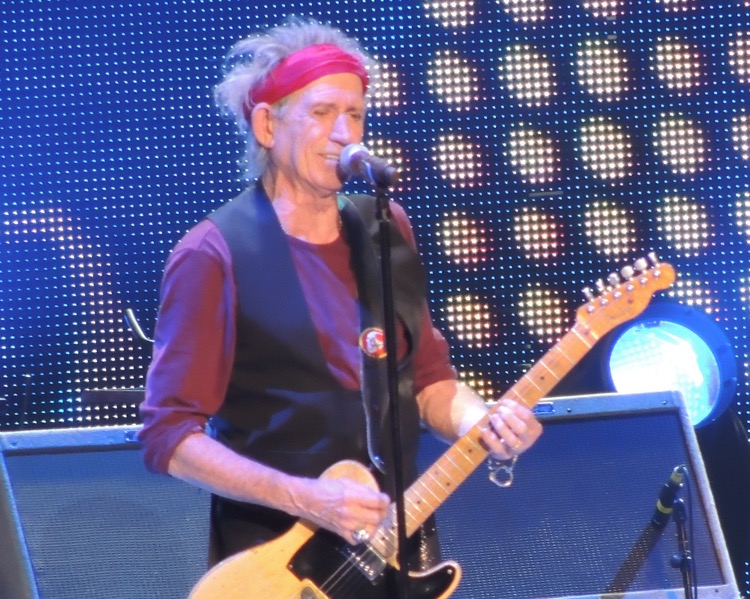 Keith Richards isn’t so hooked on the whole ‘sobriety’ thing.  But somehow the thrill of doing hard drugs has faded.

Rolling Stones guitarist Keith Richards has always been a drug-addled musician, with both comic and tragic undertones.  But despite kicking the heroin habit and — let’s say it out loud — remaining alive, Richards isn’t so enamored with sobriety.

That said, he’s been clean since Christmas.  But that’s not necessarily a long-term change.  “I’m not saying I’m definitely off all of this stuff,” Richards recently told the Telegraph.

“In six months’ time, I might be on it again. But at the moment, for a couple of months, I haven’t touched it.  It’s novel,” he chuckled (then coughed).

And let’s be clear: the 74-year-old Rolling Stone founder has not given up on his other vices yet.  He still smokes like a chimney and drinks a lot of coffee (which might be detoxifying things a bit).  Indeed, Richards was a chainsmoker before it became pop EDM — and still puffs on-stage and off.

But what about the hard stuff?

Seems like he’s giving the flatlining drugs a break.  And it turns out that Richards detests prescription drugs, which of course are oh-so-popular with the kids these days.  “They are very institutionalized and bland,” Richard remarked.

All of which means Rolling Stones fans are getting another tour.

+Why the Rolling Stones Kill Every Musician Excuse In the Book

The Stones are now planning a mini-tour of London, Edinburgh, Manchester, Cardiff, Twickenham, and a sprinkling of other cities.  “We’re playing home turf, so there’s a certain extra glow.  But it’s always a pleasure to get up there again, especially with this band, man.”

“I think the boys are playing better than ever. Maybe it’s experience, we seem to be able to pace ourselves right. I’m blessed to work with some of the best players ever. That never gets old.”

The rock group also confirmed that a new album is on the way.  Let’s hope it’s not a bland, over-the-counter collection of songs.