Oregon to Become the Second U.S. State to Pass a Net Neutrality Law 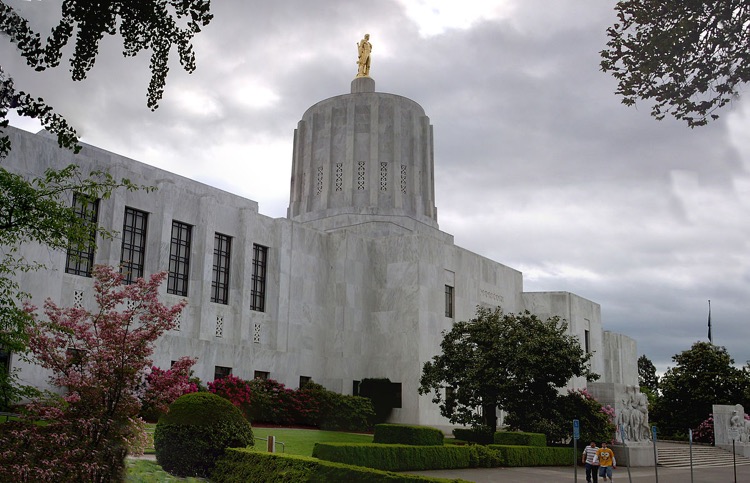 Oregon is about to join Washington State in the net neutrality rebellion.

Oregon’s law is actually less restrictive than Washington’s.  It doesn’t technically prohibit ISPs from repealing net neutrality provisions for residential and business accounts.  But any ISP implementing neutrality-unfriendly practices like ‘fast lanes’ and throttling will be banned from doing any business with Oregon state agencies.  So the end result may be the same.

The law, codified in HB4155, ‘prohibits public bodies from contracting with broadband Internet access service providers that engage in certain network management activities based on paid prioritization, content blocking or other discrimination.’

Requires broadband ISPs to provide a notice of the provisions of the new law to potential customers.

Establishes a ‘Task Force on Broadband Security’ to study uniformity of laws throughout United States with respect to protecting customers from broadband ISPs.  The task force will be required to submit a report, including recommendations for legislation, to an interim committee of the Legislative Assembly related to judiciary no later than December 15th, 2018.

Stipulates that any violation of the Act constitutes an unlawful trade practice.

As mentioned, the law would go into effect on January 1st, 2019, which means that all pre-existing contracts will not be affected.  Moving forward, however, all contract renewals and contract changes will be subject to the provisions of the new law.

All of which sets the stage for a fierce battle with Trump’s FCC chairman Ajit Pai, who rammed the net neutrality order into the Federal Register last month.

Now, the question is whether the FCC will try to enforce its federal law on net neutrality, and trigger a battle with state-passed legislation.  Sounds messy, and exactly what ISPs weren’t hoping for.

Indeed, mega-ISPs like Comcast and Verizon now face a complex patchwork of local laws and regulations, all of which dramatically increases operational costs.  And for those ISPs that decide to ride into states like Oregon with an FCC mandate — well, good luck with that.  The result will likely be suspended business licenses, and a lock-out from valuable residential and business customers.

Instead, the practical choice for ISPs may be to simply stick with previous net neutrality protections.

That strategy will make even more sense once California passes its expected net neutrality protection measure.  And the reason is simple: it’s really complicated to enact ‘fast lanes’ in one state, then prohibit them in another.  The path of least resistance is to create uniform provisions that meet every state requirement.

The nightmarish patchwork is something FCC Commissioner Ajit Pai somehow failed to anticipate, alongside a fever-pitched level of public interest around the issue.