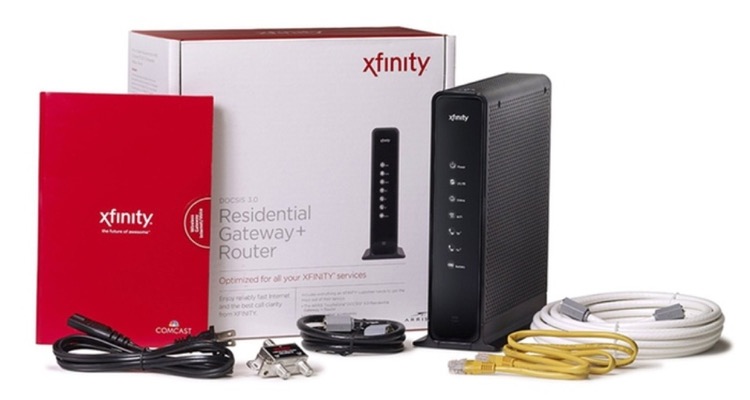 Scared yet?  Comcast’s Xfinity broadband internet access service has been found blocking a number of legitimate sites through its ‘Protected Browsing’ option.

The internet is full of bad things: malware, phishing attacks, nefarious ads.  And parents are loathe to let their kids surf, thanks to rampant online piracy and pornography.

Comcast’s Xfinity broadband internet service has solution for all of that.  It’s called ‘Protected Browsing,’ and it promises to block the bad stuff.

The only problem is that a lot of good stuff is getting caught in Xfinity’s protective web.  Like Paypal and gaming hub Steam, both of which were recently deemed threats by the Xfinity ‘Protected Browsing’ feature.  The discovery highlights the extreme power that ISPs like Comcast wield over every site and service online, a power that may soon be exploited with net neutrality laws repealed.

+ Oregon to Become the Second U.S. State to Pass a Net Neutrality Law

The issue was first reported by Torrentfreak, which ironically found itself blocked by ‘Protected Browser’.  Torrentfreak reports on developments in the torrenting and piracy space, including heavy coverage of enforcement, litigation, and latest innovations. 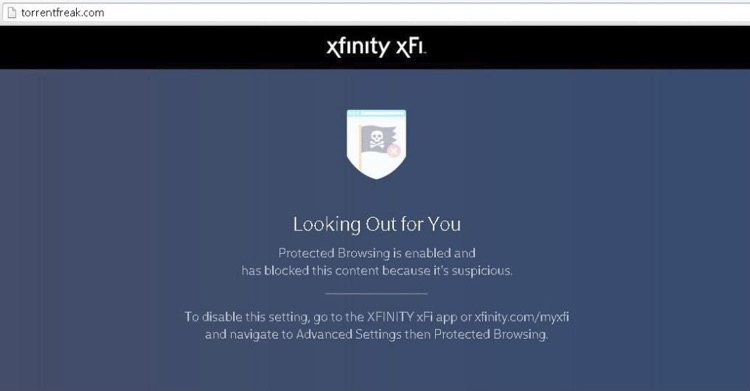 Importantly, Torrentfreak merely reports on stuff related to piracy.  They aren’t running a pirate site.  But Comcast judged them as ‘bad,’ so they were blocked.  End of story.

Additionally, there doesn’t appear to be any process for contesting a blacklisting by  ‘Protected Browsing’.  Again, another really bad sign of things to come.

In January, the entire ‘Protected Browsing’ feature was totally blocking PayPal (it was ultimately unblocked).  Here’s what a user described in the Xfinity support forums.  The user was previously on the phone with PayPal’s support team trying to troubleshoot.

It had been nagging at me that I had recently found some settings in my Comcast account regarding my router, and I had changed one of them.  “Protected Browsing”. It described that protected rousing was great for you against malware and all kinds of other bad things, and it seemed like a good idea to turn it on.  So I enabled it.  That’s when my problem with PayPal began.  But it took me a while to realize it.  Once I remembered where I had made a setting change, after the days of exchanging emails with the fellow from PayPal, I went to my Comcast account settings and disabled “Protected Browsing”.

Others reported problems accessing the Steam Store, another legitimate destination.  And those are just the massive sites we’ve heard were having issues.

It’s unclear why Comcast would choose to block PayPal.  Though one reason could be that PayPal itself is subject to various financial scams.  Though it’s also a widely-used, legitimate financial tool, and far from a ‘nefarious’ destination.

As for Steam, that’s anyone’s guess.

The ‘accidental’ blocks may offer a preview at our post-net neutrality world.

Indeed, Comcast and other ISPs have absolute power over which sites can be accessed, and which sites are blocked.  In between they also have control over throttling, delivery speed, and who gets ‘fast lanes’.  And despite the FCC’s promise to monitor the situation, it doesn’t look like Comcast will be required to implement a process for review.

Instead, ISPs will effectively become judge, jury and executioner overnight.  They can charge what they want for ‘fast lane’ access, and throttle anyone that doesn’t comply.  And they can change the rules at any time, while prioritizing their own services against competitors.