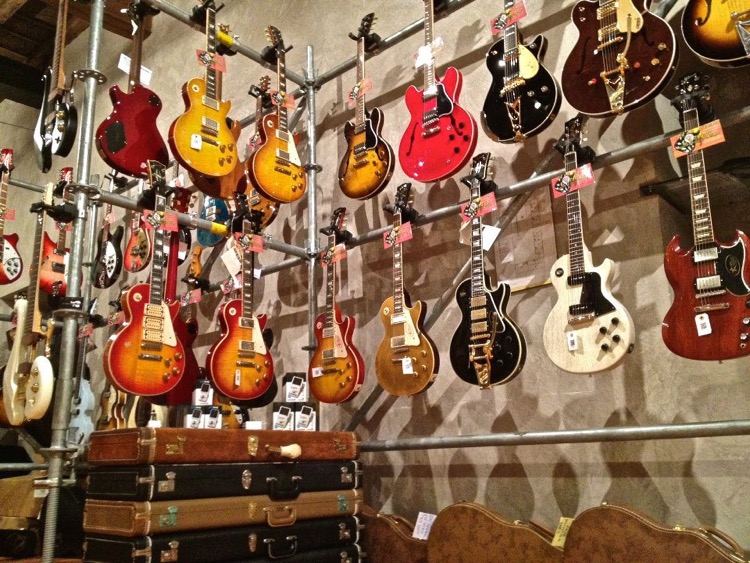 As Gibson Guitar slides deeper into debt — and closer towards bankruptcy — some drastic cost-cutting appears imminent.   Earlier this month, the Nashville-based guitar maker started trimming jobs at its prestigious Custom Shop.  But according to sources tied into the broader operations realignment, a far greater reduction is ahead.

In total, Gibson is now planning a reduction that will amount to roughly 12-15% of its current workforce.  The sources noted that some layoffs may already be in motion, while pointing to a ‘pretty aggressive schedule’ to tighten the company’s operational overhead.

Gibson has several thousand employees, many of whom work in Nashville.  The company also employs a considerable workforce of subsidiary brands, all of which operate under the Gibson Brands, Inc. umbrella.

Sources noted that all of those divisions are potentially subject to personnel reductions, likely during the fiscal second quarter (which starts in April).  “The pressure on [Gibson CEO] Henry [Juszkiewicz] is extreme right now,” one source relayed.  “He’s not getting a loan that size with the operational costs he’s looking at.”

“That size” is roughly half-a-billion dollars.

Last month, Gibson’s giant debt pile came into shocking focus.  In February, the company paid down $16.6 million on $375 million in senior secured notes that come due this summer.  Specifically, Gibson must pay that entire amount by late July or face default.

That would subsequently trigger a debt of $145 million in bank loans by early August.  In total, Gibson is staring at roughly $520 million in debt payments — with fewer than four months to pay them.

“This year is critical and they are running out of time — rapidly,” Kevin Cassidy, a senior credit officer at Moody’s Investors Service, recently told the Nashville Post.  “And if this ends in bankruptcy, [Henry Juszkiewicz] will give up the entire company.”

Moody’s has downgraded the company based on weak financials.  That was closely echoed by Standard & Poor’s, a one-two punch that could make it impossible for Gibson to secure a new loan to pay off the old ones.  Juszkiewicz is now urgently trying to secure a brand-new loan pile, though creditors are undoubtedly getting scared by the company’s bloated overhead.

And, he’s not doing much to downplay layoff concerns.  In comments to the Post, Juszkiewicz acknowledged that the layoffs were “part of broad initiative throughout the company to prepare for our refinancing,” and a “Spring cleaning of sorts” to lighten the operational load.