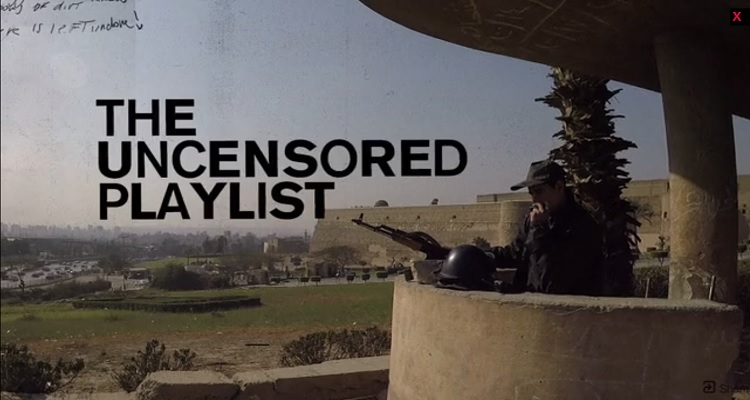 Reporters Without Borders has a new use for uploading music on Spotify.  Yet, has it knowingly put journalists’ lives in danger?

Need a way to leak a story that a government would otherwise suppress?  Why not turn your article into a song and then upload it into a streaming music platform like Spotify?  That’s what one global organization has done.

“More than a fundraising or awareness effort, we’re happy to have landed on a unique way—music as a Trojan Horse, of sorts — to allow these censored stories to reach the world.”

Reporters Without Borders Germany has made The Uncensored Playlist available on multiple streaming music platforms worldwide.  The tracks, recorded in English and in the local language, use aliases to protect journalists’ names.  It also features neutral album artwork and alternative song titles designed to work around censorship.

“When we heard DDB Berlin’s idea to use music and digital technology as a unique way of sharing the truth, we didn’t hesitate a second to help make it happen.  We’re humbled to be supporting acclaimed journalists share their stories far and wide, and we hope this is just the beginning of digital borders opening up.  With Uncensored Playlist we’re going back to the very roots of storytelling!”

You can stream The Uncensored Playlist on Deezer, Apple Music, or on Spotify.  That is, until oppressive governments forcibly close the loophole.  Or, arrest the journalists Reporters Without Borders has knowingly publicized online.