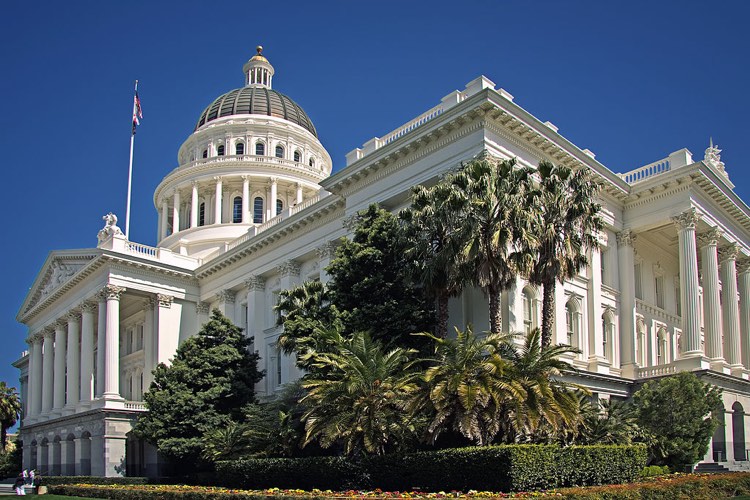 + A Map of the Net Neutrality Resistance

Already, the California’s lower House has approved a net neutrality bill by a landslide.  But a new bill introduced in the Senate toughens that measure.

The bill, if passed into law, would seek to restore every net neutrality protection stripped away by the FCC’s upcoming repeal.  Accordingly, ISPs would be strictly prohibited from throttling traffic, establishing paid fast lanes, blocking traffic for legitimate sites, or charging users or companies for access to end users.

Strict monitoring and reporting would also be required of ISPs, with substantial fines and license revocation for violations.  Additionally, the bill would cover consumer ISP connections, not just state agencies.

State Senator Scott Wiener is spearheading the measure, along with a long list of supporting legislators.  “We believe we have a strong argument that California under our police powers has the ability to protect consumers,” Wiener offered in a statement.

“This is a comprehensive and aggressive bill in terms of protecting net neutrality. We’re trying to adopt the protections that the FCC abandoned.”

“Some state-level attempts to legislate have just copied the text of the FCC’s 2015 net neutrality rules,” van Schewick explained.  “But that’s not sufficient. Some important protections were fleshed out in the text of [this] order.  The bill is on firm legal ground.”

The FCC says that state-level net neutrality laws are illegal.  But this bill calls bulls—t on that.

Barbara van Schewick explained why the FCC has little authority to override state measures.  “While the FCC’s 2017 Order explicitly bans states from adopting their own net neutrality laws, that preemption is invalid,” van Schewick explained.  “According to case law, an agency that does not have the power to regulate does not have the power to preempt.  That means the FCC can only prevent the states from adopting net neutrality protections if the FCC has authority to adopt net neutrality protections itself.”

And here’s the huge error that FCC chairman Ajit Pai may have committed.

“But by re-classifying ISPs as information services under Title I of the Communications Act and re-interpreting Section 706 of the Telecommunications Act as a mission statement rather than an independent grant of authority, the FCC has deliberately removed all of its sources of authority that would allow it to adopt net neutrality protections. The FCC’s Order is explicit on this point.

“Since the FCC’s 2017 Order removed the agency’s authority to adopt net neutrality protections, it doesn’t have authority to prevent the states from doing so, either.”

That sets up a juicy battle between the FCC and California, one that mega-ISPs really don’t want.

That’s too bad, as ISPs will likely be viewed as the enemy in a war over net neutrality.  Already, AT&T is stepping back from the trainwreck, though it may be too late.

Meanwhile, ISP lobbying group Broadband America is fighting back.  Earlier this week, the group released a statement shaming state-level net neutrality laws. “Competing regulations from state to state would increase compliance costs for businesses, lead to higher prices for customers and curb investment in the expansion of high-speed broadband infrastructure, which would most impact rural and other underserved communities,” the group declared.

Now, the question is when SB-822 will passed.  Currently, the timetable isn’t clear, and it looks like lots of revisions and changes are still happening.  But one thing’s certain: if this bill does become law, it will happen with a giant thud — one that will be clearly felt in Washington, DC.