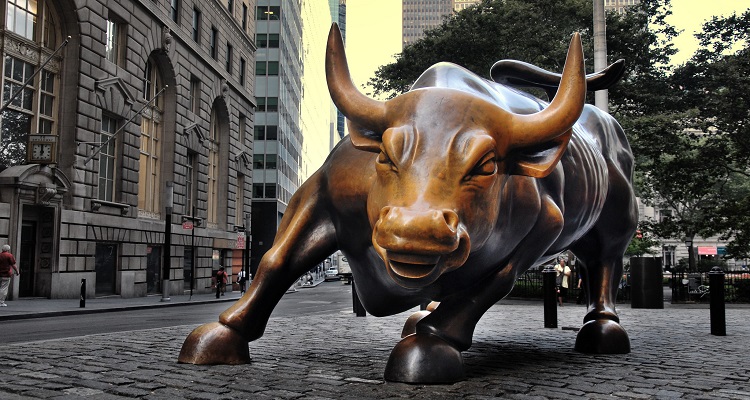 As Spotify prepares to go public, with massive losses forecast in its near-future, can the music streaming platform ever hope to turn a profit?

We now have a date for Spotify’s debut on Wall Street.

Yesterday, during its inaugural “Investor Day,” the company announced that it would go public on April 3rd.  Much to the chagrin of independent musicians and songwriters, it also confirmed that it would double-down on its freemium model.  Spotify claims it’s a “vastly effective gateway” to its Premium service.

Spotify’s direct listing: not about pomp or circumstance.

“For us, going public has never been about the pomp or circumstance of it all.”

Emphasizing his “enormous respect” for the New York Stock Exchange, Daniel Ek explained why his company pursued a direct listing.

“You won’t see us ringing any bells or throwing any parties…  The traditional model for taking a company public isn’t good for us.”

Ek also confirmed that Spotify now has 71 million subscribers, 3,500 employees, and over 35 million tracks.  In addition, he dismissed the notion that the company would sell any direct stock to investors.

“Since Spotify isn’t selling any stock, we are entirely focused on the on the long-term performance of the business.  The most important day isn’t our listing day — but the day after and the day after that.”

According to Variety, company executives discussed three main elements of the streaming music service.  They emphasized the service’s availability on all major platforms as well as how users can customize listening experiences.  To improve the service, the executives reiterated how the service collects data on users’ habits.  And, during the presentation, Spotify’s Chief Product Officer, Gustav Sodorstrom, spent considerable time discussing the company’s Freemium service.

Why the company will double-down on Freemium.

Explaining the three reasons the company will spend time building up its Freemium service, Sodostrom first told investors that it allows them to reach “millions of consumers… on the fence about paying for music.”  Freemium brings them into the service’s ecosystem.  Second, it allows the company to collect data and “learn from the biggest possible group of music fans in the world.”  Third, with new consumers hooked, Spotify will play “a much bigger part of their lives.”  The more they engage with music on the service, the more they discover “that music is an important part of their life worth paying for.”

“Spotify has always been run for the benefit of the major record labels… which artists get crumbs from the table.

“The whole system is cloaked in secrecy, nobody knows how much they’re going to get paid or when.  It can take over a year to get paid for a stream, and up to two years.  Even with over a million listeners, and tens of millions of streams, I couldn’t rely on Spotify for an income  –  so it blows my mind how smaller artists are supposed to manage.”

Emery has over 1.1 million followers on Spotify.

In response to artists’ claims of low payouts, Daniel Ek told investors that the company aims to enable “1 million people to live from music.”  Yet, Gareth Emery has a point.  Spotify itself may not know how to earn money from Freemium, let alone fairly pay independent artists.

According to Business Insider, after customers subscribe to Premium, it takes 12 months for the company to recover the costs from Freemium listening.  Why?  The company has to pay an equal amount of music licensing fees and royalties on every song streamed.  Spotify CFO Barry McCarthy told investors,

“The ad-supported service is also a subsidy program that offsets the cost of new user acquisition.”

This explains why the company lost $1.5 billion on $5 billion in revenue last year alone.  McCarthy previously worked as the CFO of Netflix from 1999 to 2010.

Yet, just like with Netflix, he expects Spotify’s eventual scale to offset major losses.  Spinning the findings, McCarthy shared the following slide with investors yesterday: 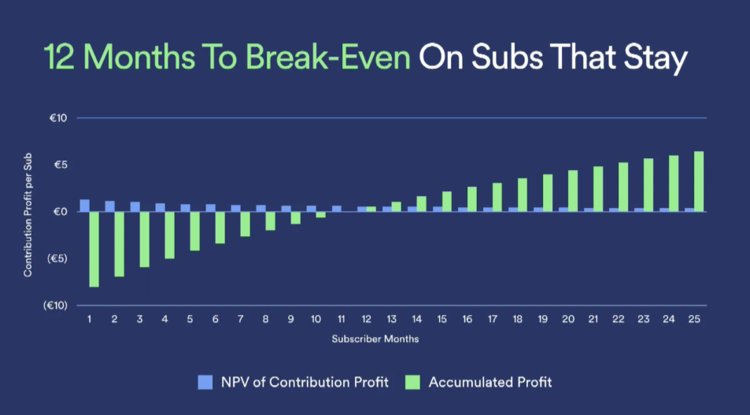 Let’s face it:  Spotify won’t ever become profitable.  At least, not anytime soon.

350 shareholders and investors had attended the nearly three-hour long event.  The Financial Times likened the event to a casual TED Talk.  Variety called it “numbing” and filled with “extensive repetition.”

Prior to its April 3rd listing, Spotify will issue its financial projections on March 26th.

“You’ve got companies like Spotify, who are selling an intangible product with virtually no delivery costs, yet still lose more and more money each year.  That in alone is madness…  We need to smash the old system, disrupt the hell out of it, and build a new music industry from the ground up: and that is exactly what we’re doing to do.”

As McCarthy’s slide clearly demonstrates, investors should brace for even wider losses before Spotify could ever hope to turn a profit.  That is, if it actually figures out how.