Is Spotify Pay-for-Play? ‘SpotLister’ Busted for Selling Playlist Slots for $2,000+ Each 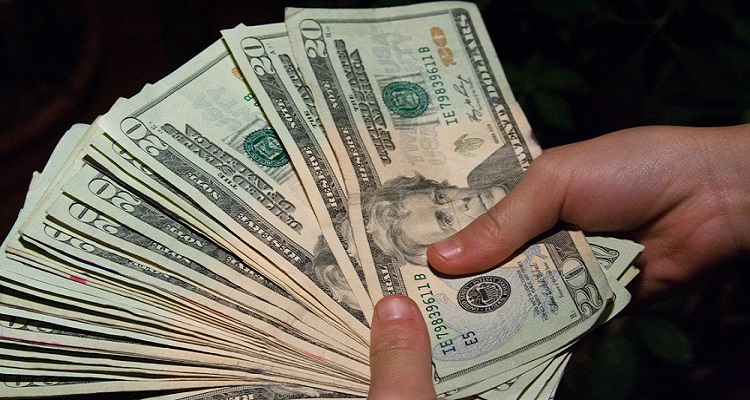 How much does it cost to get onto a plum Spotify playlist?  Just ask ‘SpotLister’…

You’ve probably never heard of Atlanta rapper Tommie King.  Yet, he has an ever-growing collection of hit singles.  His latest track, ‘Eastside,’ has over 110,000 plays on Spotify.  The song has been featured in 14 independent, highly-trafficked playlists.

What’s the secret to King’s success?  Well, it turns out that King’s manager likely paid an independent service to land his tracks on 594 different playlists on Spotify.

He’s not alone.  Electronic duo MaWayy and many other artists have also achieved success through paid placement.  Of course, these artists have readily claimed to have achieved success “before” using these services.  But, no, there’s really no difference when using a payola-like service.  And, these are just the ones we’re hearing around.

Say hello to the new payola.

Last week, The Daily Dot reported on an interesting discovery.  For a mere $2 and in just a few minutes, you can upload your song on SpotLister.  The third-party service promises that one of its 1,500 curators will consider your tracks.  Founded by two 21-year-old college students, SpotLister sells direct playlist access to Spotify users.

SpotLister co-founder Danny Garcia explained how his service initially began, as well as his prior private-for-hire PR business.

“We started out paying $5 [for a playlist add] and that worked in the beginning.  When more people started getting into the game, you saw the prices starting to rise, and then the playlisters started seeing that they were relevant and worth a lot more.  There are some playlists that have 90,000 followers that can charge $100-$200 for an add, all the way up to playlists with 500,000 who can charge $2,000 for one placement.”

Danny Garcia, a guitar player at NYU, joined forces with his friend to take advantage of a gaping loophole in the streaming platform.  Unlike Garcia, his friend strangely chose to remain anonymous.

Taking advantage of a loophole Spotify has yet to close.

After just five months, SpotLister had access to 13,000 Spotify playlists, with a total reach of 11.7 million followers.  Interestingly enough, according to Spotify’s SEC filing, official, company-curated playlists account for almost a third of all listening on the platform.

Underscoring the strength of third-party pay-for-play services, company-curated playlists only accounted for 20% of all playlists on the platform in 2016.

These services have provided artists with great success.  So, why is Spotify just now shutting them down?

Defending itself from criticism over the prevalence and effectiveness of these services, a Spotify spokesperson told The Daily Dot,

“There is no ‘pay-to-playlist’ or sale of our playlists in any way.  It’s bad for artists and bad for fans.  We maintain a strict policy, and take appropriate action against parties that do not abide by these guidelines.”

Of course, Spotify hadn’t gone on the offensive against these services until after their highly-publicized ‘Investor Day’ last Thursday.

On Friday afternoon, users who went to SpotLister’s website found the following message:

“Spotify has deemed our platform to be non-compliant of Spotify’s Terms of Use…  Despite all of our efforts to rebrand and comply with their requests, our API has been deactivated.”

Directing users to its new service, Jamlister, it promised users refunds for their current SpotLister balance.

Prior to SpotLister’s closure, a Spotify spokesperson remained quiet as to why the company hadn’t shut down these services before.

With the company set to launch on the New York Stock Exchange on April 3rd, expect more third-party services to go down.  But until Spotify closes this glaring loophole, expect more artists to pay handsomely for streams to find ‘success.’