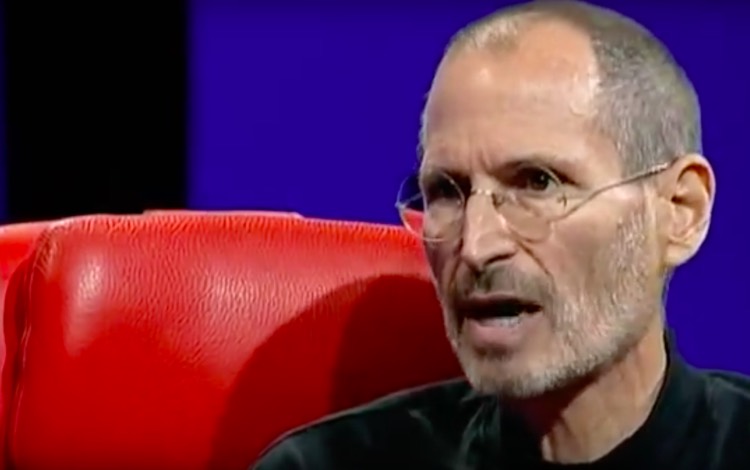 Why Facebook has a privacy problem, and Apple doesn’t.  Here’s an interview with Steve Jobs at the D8 Conference in June of 2010.

Walt Mossberg (Wall Street Journal): One theme we want to ask everyone here, and one speaker at great length, is privacy —

Mossberg: Hey, Mark.  So there seems to be — or have been — a spate of mistakes or… false starts.  Things that have to do with privacy where companies have had to retreat.  Whether it’s things with Facebook, things with Google Buzz, there was something with —

Mossberg: Talk to me about that.  Is privacy looked at differently in Silicon Valley than in the rest of America?

Steve Jobs: No, Silicon Valley is not monolithic.  We’ve always had a very different view of privacy than some of our colleagues in the Valley.  We take privacy very seriously.

As an example, we worry a lot about location in phones.  And, we worry that some 14 year-old is going to get stalked and something terrible is going to happen because of our phone.

And so, as an example, before any app can get location data, we don’t make it a rule that they have to put up a panel and ask [permission], because they might not follow that rule.  They call our location services and we put up a panel.   Saying, ‘this app wants to use your location data, is that okay with you?’ — every time they want to use it.

And, we do a lot of things like that, to ensure that people understand what these apps are doing.  That’s one of the reasons why we have the curated App Store.  We’ve rejected a lot of apps that want to take a lot of your personal data, and suck it up into the cloud.   A lot.

Mossberg: But aren’t you also going to be moving more into cloud-based things?

Jobs: Are we going to be moving more into cloud-based things?  Sure.  But —

Jobs: No! Privacy means that people know what they’re signing up for.  In plain English, and repeatedly.  That’s what it means.

I’m an optimistic, I believe that people are smart.  Some people want to share more than others.  Ask them.  Ask them every time.  Make them tell you to stop asking them if they get tired of your asking them.  Let them know precisely what you’re going to do with their data.