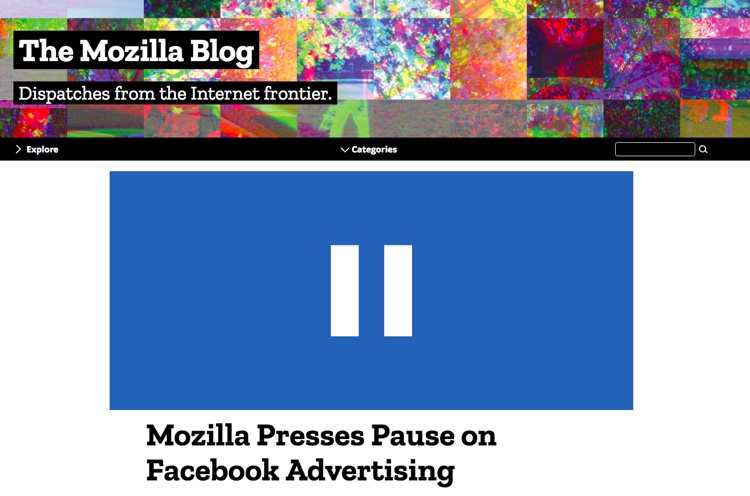 Facebook’s privacy scandal is now affecting its advertising revenue.  As of this morning, four major advertisers have suspended their campaigns.  Others are threatening similar action.

Mark Zuckerberg’s ‘apology tour’ seems to be having little impact on Facebook’s mounting privacy crisis.  Ahead of the weekend, a number of major advertisers quietly pulled their Facebook campaigns.

One of the first departures came from the music industry.  Sonos, a manufacturer of wifi-connected smart speaker systems, decided to suspend its Facebook campaign because of serious concerns over user privacy.  “We are concerned by the recent revelations about Facebook and the exploitation of its platform,” the company announced last Friday.  “We believe that all people have the right to know how their data is being collected and used, and that each of us in the technology sector has an obligation to honor the commitments we make to our customers’ privacy.”

Incidentally, Sonos was being touted by Facebook as a marquee advertiser.  Donna Queza, head of social media advertising at Sonos, is quoted on the Facebook Business page as saying: “We’ve been impressed with Facebook and Instagram as a full-funnel advertising platform for our brand.”

+ March 25th: Breaking: Sonos Is Pulling All Of Its Advertising from Facebook — Effective Immediately

But Sonos wasn’t the first advertiser to remove their ads.

Mozilla, best known for overseeing the Firefox browser, also decided to ‘press pause’.  “Mozilla is pressing pause on our Facebook advertising,” the company announced.  “Facebook knows a great deal about their two billion users — perhaps more intimate information than any other company does.”

Now, we’re learning that other advertisers are also taking swift action.  That includes Germany’s second-largest bank, Commerzbank.  “We are pausing our campaign on Facebook,” Commerzbank’s head of brand strategy Uwe Hellmann told German publication Handelsblatt over the weekend.  “Brand safety and data security are very important to us.”

Pep Boys is also taking a break from the social network.  “We are concerned about the issues surrounding Facebook and have decided to suspend all media on the platform until the facts are out and corrective actions have been taken,” Pep Boys’ chief marketing officer, Danielle Porto Mohn, offered in a statement.

+ What Steve Jobs Said About Protecting User Privacy In 2010

And those are just the advertisers that have publicly announced their pullouts.

Indeed, other advertisers may be quietly pulling their spots, while taking a wait-and-see attitude on Facebook’s radioactive situation.

British ad council ISBA has not advised a pullout for its member — yet — but they are calling Facebook’s situation ‘deeply disturbing’.  The group is apparently meeting with Zuckerberg and other top executives at the social network.  “We want reassurances for our members that it will get to the bottom of the issues and any implications for the public and for advertisers,” ISBA stated.

Apart from accusations of manipulating the U.S. Presidential Election of 2016 by abusing user data, Facebook also faces accusations of veering public opinion on Brexit.  Indeed, Cambridge Analytica’s CEO has been suspended after bragging about throwing the election to Trump — with illegally-obtained personal data.

In that context, advertising agency M&C Saatchi Worldwide has also expressed serious reservations.  “Make no mistake, Facebook is an amazing medium from the advertisers’ point of view because of the accuracy of its targeting, which comes from data,” M&C Saatchi CEO David Kershaw told the BBC last week.  “But I think those large companies are now very nervous to be associated with a medium where the data is being abused, particularly in a political context.”

M&C Saatchi has handled advertising for some of the largest brands in the world, including BMW, Converse, and De Beers.