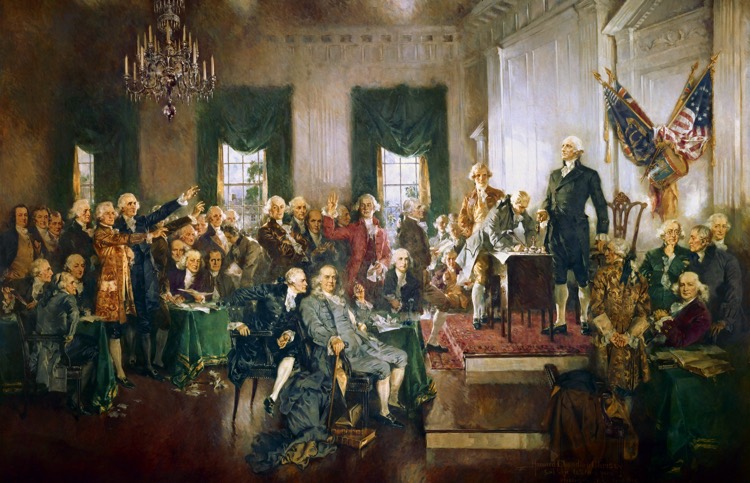 It’s hard to say what the Founding Fathers would have thought about this one.  But does net neutrality really violate the core tenets of the U.S. Constitution and Bill of Rights?

We’ve seen some interesting rhetoric since the repeal of net neutrality.  Last week, FCC chairman Ajit Pai contended that net neutrality was hurting poor people.   Earlier, the NRA praised Pai with their most prestigious award for demonstrating ‘courage under fire’.

Now, broadband ISPs are stepping up their hearts-and-minds campaign — by invoking the U.S. Constitution and all of its inalienable rights.

US Telecom is an association whose members include AT&T, Verizon, Frontier, and CenturyLink, among many others.

“Nearly 230 years ago this month, our country first ratified the Articles of Confederation, making Congress the sole governing body of our new national government,” Spalter expounded.  “Eight years later came the U.S. Constitution, granting the federal government jurisdiction over commerce that moves across state lines.  Next came the Bill of Rights, laying out basic inalienable rights.”

“The document, of course, was imperfect. And, thanks to the sacrifice of those who came before us, women’s suffrage, civil rights and more were fought for and won at the national level. More progress remains necessary. But today, these principles help define who we are as a nation.”

And of course, all of this is going somewhere (sort of):

“If we truly believe — as I do — that all Americans deserve an open internet, then we should fight together at the federal level for permanent, evenhanded protections that apply across the entire internet.

“Protections should be no different for consumers in Minnesota or Iowa than they are in California or Florida.  Equally true, consumers deserve consistent safeguards across the online world, whether engaging with Facebook, Goggle [sic], AT&T or Comcast.”

Unfortunately for Spalter — and the broadband ISPs and cable companies he represents — a majority of states are busy enacting pro-net neutrality regulations. 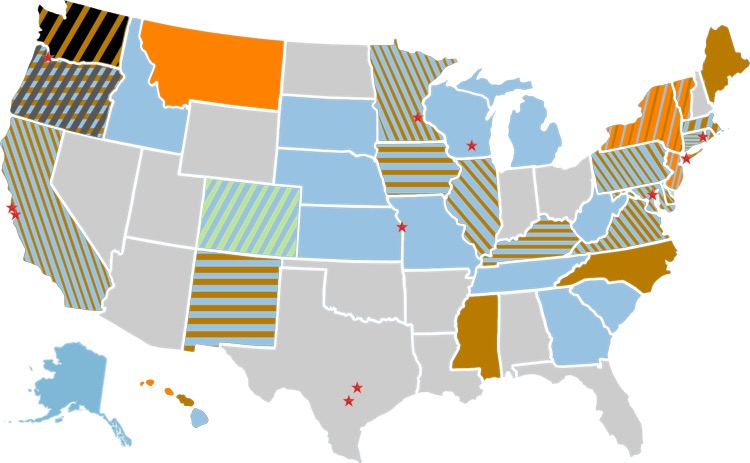 Already, the State of Washington has enacted a law that would prohibit any ISP from violating core net neutrality protections.  Nearby, Oregon is close to passing its own law.  And California is threatening to pass the most stringent net neutrality law in the nation.

All of which is terrible, terrible news for companies like AT&T, who now face a patchwork of different state laws.  Accordingly, they’ve decided to fight — aggressively — to force states to back down.

“Broadband providers have worked hard over the past 20 years to deploy ever more sophisticated, faster and higher-capacity networks, and uphold net neutrality protections for all,” Spalter continued.  “To continue this important work, there is no question we will aggressively challenge state or municipal attempts to fracture the federal regulatory structure that made all this progress possible.”

And, declaring that all Americans deserve equal rights — on the same level as Civil Rights and the right to vote — Spalter ended with this:

“We also will continue to work with Congress to enact one consistent set of national and permanent consumer protections. All Americans deserve equal rights online.  Standing up for them means not merely saying no to state-level regulation, but hell no to the idea of dismantling what must be a united and connected future.”

You can read the entire blog post on USTelecom’s site here.

(Oh, and if USTelecom tries to remove it, here’s a backup).