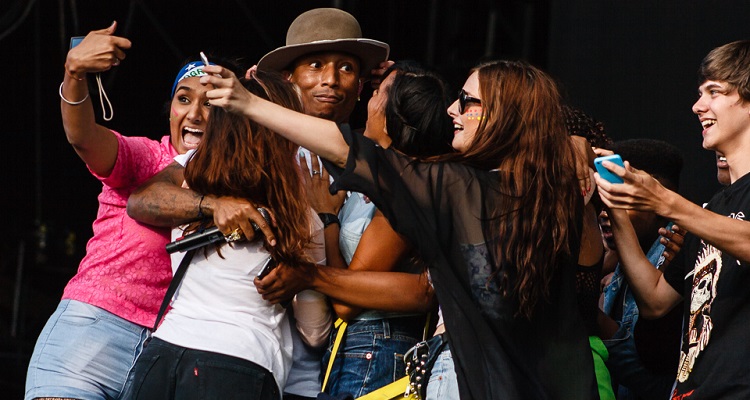 Sony/ATV Music Publishing has extended its worldwide deal with multi-Grammy-winning songwriter, artist, and producer Pharrell Williams.  The agreement will take the company’s relationship with Williams into a third decade.  Pharrell has written many popular No. 1 hits, including ‘Happy,’ ‘Get Lucky,’ ‘Money Maker,’ and ‘Havana.’

A Genius deal with Spotify.

Spotify announced that it has joined forces once again with Genius, the world’s biggest encyclopedia of music (according to them), to premiere an all-new music podcast.  Dubbed Déja Vu and hosted by Stereo Williams, the podcast celebrates the complex musical lineage of today’s biggest artists by exploring the greats who inspired them.

Parent company Bertelsmann has reported that BMG’s revenues last year grew 22%.  The company said the bump was “attributable to higher revenues across all market segments and regions through organic growth and acquisition, especially in the recorded music business and in the British, US and Australian publishing business.”  It previously generated around $516 million in 2016. BMG’s operating EBITDA topped $118 million, up 9.5% from 2016.

No more free music for you, Peru.

In its annual plan, the BBC found that 15-34 year olds now increasingly listen to streaming music platforms over BBC Radio.  From October to December 2017, it estimated that “15 to 34-year-olds listened more to streaming music services (five hours a week) than all BBC radio (four hours 30 minutes).”

Beleaguered startup Spotlister has denied it was a Spotify pay-for-play service.  In an interview with MusicAlly, founders said,

“Spotlister was conceived and developed simply to give rising artists the opportunity to submit their music for consideration to the curator community.  Never to pay for placements on their playlists.”

After offering independent musicians a spot on premium Spotify playlists, Spotlister had its API key revoked.   Interesting timing.  The company has since rebranded as ‘Jamlister’.

Play new music, or else.

OfCom, a UK media regulator, has ordered BBC station Radio 1 to play new music when people tune in.  It must now include 50% new music with “a significant proportion from new and emerging UK artists.”  The previous quota stood at 45%.  Radio 2’s new music threshold remained at 20%.  Both networks currently reach the quota.  Radio 1’s new music plays stand  at 54%, and Radio 2 at 28%.

Sony Music has overhauled its catalog-focused Legacy label to adapt to streaming music platforms.  It has staffed up its digital space with 9 new roles.  The company had found that it didn’t have enough people “specializing in deep catalog, streaming, marketing and analytics.”

Dutch dance label Spinnin’ Records has revealed a full rebranding of its top playlists to reach more users via voice activation.  It has rebranded four key playlists, and will roll out additional lists throughout 2018.  It currently serves over 20 million people around the world on multiple streaming platforms.

Celebrating the achievements of black artists.

Spotify has announced that it will celebrate and amplify the voices of Black creators beyond the month of February.  With the launch of Black History is Happening Now, artists, creatives, and organizations will tell stories and raise important topics on video.  The streaming music service will pay tribute to musicians who paved the way, and the artists who will define what’s next.

The sounds of business.

In partnership with Napster, SoundMachine has announced Business Premium, a new premium music subscription.  Aimed at small and large businesses in the US, Canada, and Spain, the service feature hundreds of AI-generated and human-curated stations.  Businesses can also create a custom station from an artist or song on Napster’s catalog.