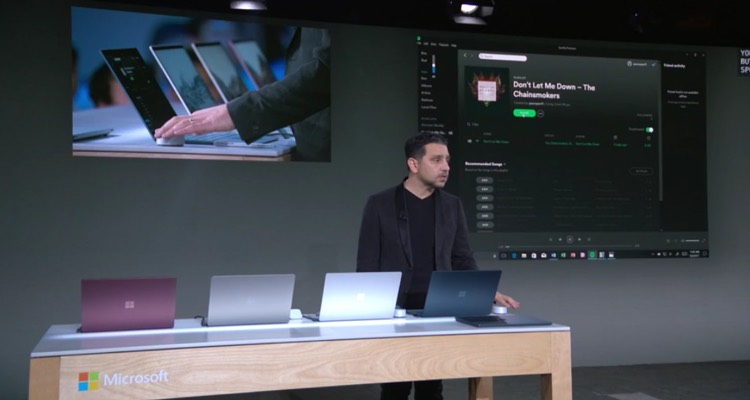 Microsoft Corporation, one of the largest and most powerful tech companies in the world, is now acquiring Spotify in a deal valued at approximately $41.8 billion.  The news was first reported over the weekend by the Wall Street Journal, and subsequently confirmed by representatives of Microsoft, Spotify, and executives at three major recording labels.

Additional reporting has also been added by the New York Times, which was also briefed on the acquisition by Microsoft executives.  An official announcement is slated for this Monday.

Top Spotify executives like Daniel Ek are not one to quibble.  The deal will make Ek a multi-billionaire overnight, with a large portion in cash.  Other top-ranked executives like Martin Lorentzon and Sean Parker will mint billions on the deal, while also gaining a sizable share of Microsoft (MSFT) stock.

The deal starts to explain some oddities of Spotify’s Wall Street approach.

The also deal makes sense given Microsoft’s recent decision to fold its own streaming music service.  Last year, the company transitioned its ‘Groove’ streaming offering to Spotify.  According to the Times, that was part of an ongoing acquisition discussion, one that started more than 18 months ago.  Suddenly, those disparate pieces make sense.

“We’re excited to better marry the worlds of gaming and music,” Rutherford explained.  “With Spotify powering a best-in-class musical curation, we hope to create a world-class gaming experience for our users.”

Also playing a key role in the acquisition was Microsoft CEO Satya Nadella and President/CLO Brad Smith, both of whom pushed to conclude the acquisition ahead of Spotify’s scheduled direct listing.  “Both Messrs. Nadella and Smith recognized Spotify as a missing piece in its overall hardware and software portfolio, with greater capabilities to expand into mobile and virtual reality,” explained Wall Street Journal reporter Nathan Tyler.

Both Nadella and Smith were present at the presentation, and flanked by Daniel Ek, Troy Carter, and several other Spotify executives.

“Microsoft is tremendously pleased to announce that Spotify will become part of our growing portfolio of award-winning services.  We hope to further expand the opportunities for music lovers, music creators, and rights owners everywhere, while bringing even better experiences to billions of people worldwide.”

The buyout will bolster the bottom lines of all three labels by several billions, according to the Journal.  Although not yet disclosed, industry estimates peg the ‘Big Three’ ownership share in Spotify at roughly 20%.  That translates into more than $8 billion collectively.  Importantly, the majors will not be receiving Microsoft stock, based on various regulatory limitations.

+ An Apple Executive Says iTunes Music Downloads Will Be Shut Down

Other rights owners, including major publishers and larger indie labels, are also expected to receive profitable payouts.  But it remains unclear if any of that money will trickle down to artists.  Earlier, a number of recording labels and publishers pledged to share their earnings from Spotify’s public offering, though nothing was spoken of a surprise acquisition.

However, the move was apparently a surprise to top Tencent executives, who aimed to use their Spotify holdings to make inroads into the American media market.  Those plans are obviously stymied, though a separate arrangement involving Microsoft, Xbox properties, and revived Windows OS-powered handheld devices may in the works.  Strangely, a revived Nokia is also rumored to be discussing a future partnership, potentially involving ‘retro,’ 90s-era phones that have recently gained popularity.

According to its most recent filings, Spotify counts an impressive 71 million paying subscribers, and more than 150 million total users.  Those numbers are big, but Apple is rapidly catching up.  In fact, at least one analyst has declared Amazon — not Apple or Spotify — to be the biggest streaming music service in the world, thanks to two very lucrative properties: Amazon Prime Music and Amazon Music Unlimited.

In that soup, exiting Apple Music executive Jimmy Iovine has openly questioned whether Spotify’s business model will ever make sense.  At SXSW, iTunes chief Eddy Cue noted that Apple Music now has 38 million paying subscribers, with 5 million free trial users.  That’s a scary figure for Spotify (and now Microsoft), given that Apple only recently entered the space — and has billions in reserves to expand.

Then again, Spotify now has its own billion-dollar war chest.  Not only that: the software giant is planning an even more aggressive expansion to effectively compete against both Apple Music and Amazon Music Unlimited.  Even Google now has a bigger competitor, especially against its upcoming YouTube Music premium streaming service.

Indeed, the future of the streaming music industry is now coming into greater focus.  And it looks like four insanely-giant elephants will control this circus.