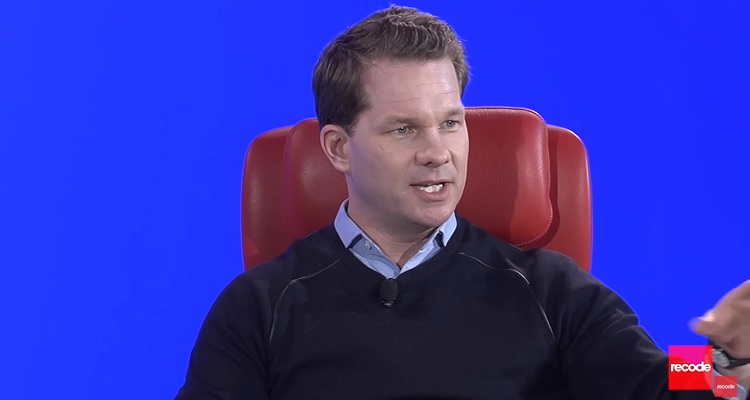 2017 revenues have skyrocketed. Yet, without a viable long-term strategy, is SoundCloud doomed to repeat its own troubled history?

To be honest, SoundCloud didn’t have a great 2017.

First, it kicked off the year with a rather blunt warning.  Should its SoundCloud Go subscription service have failed to turn things around, the company would’ve gone bankrupt by the end of the year.  Immediately thereafter, 2 major executives jumped ship.  Then, last summer, SoundCloud abruptly fired 40% of its staff (173 people) and closed 2 lavish offices.  The company once valued at $1 billion was now reportedly willing to sell itself for around $250 million.  Spotify, a potential suitor, pulled out of advanced negotiation talks.  No other buyer lined up.

Then, after receiving a much-needed $170 million emergency bailout, the company pushed out (read: fired) its CEO, Alexander Ljung.  As SoundCloud burned, investors found that he had wasted money and “partied like a rock star.”  He remains in the company as a ‘Chairman.’  Investors quickly rallied behind the company’s new CEO, Kerry Trainor, formerly of Vimeo.

Yet, has the company truly put left behind its troubled past?  Does it finally see a great future at hand?  Yes to both questions, according to Trainor.

Speaking with the Financial Times, Trainor claims that SoundCloud has now exceeded financial and user growth targets.  Less than a year after the bailout, the company’s total sales have surpassed its revenue goal of $100 million.  SoundCloud “has never been healthier financially,” he claims.

Trainor credited the explosive growth to a new strategy.  Instead of “trying to mimic Spotify,” SoundCloud has focused on its original market among music creators.  It sells much-needed music creation tools to independent artists and podcasters, for around $70 to $100 a year.  The platform no longer focuses on pushing its subscription service down users’ throats.

According to Trainor, the benefit of this new strategy is twofold.  As artists pay for its tools, they post content that, in turn, draws in listeners on the platform.  More users means more music creators will shell out for the company’s tools.  In addition, Trainor underscored the platform’s 177 million+ track count, as opposed to Spotify’s mere 40 million tracks.

The strategy appears to have worked.  Following an August fundraising round, the company has “significantly reduced the cash burn.”  It’s also achieved a positive cash flow in recent months.

Positive feedback from listeners has also helped the platform go in popularity and relevance.  According to Midia Research’s Mark Mulligan, SoundCloud Rap has produced emo-influenced rap artists who “have invaded the US music charts.”  Speaking with the Financial Times, he explained,

“Artists were always SoundCloud’s core value, and that is how we need to measure its success.  How many people are starting their careers on SoundCloud?  What SoundCloud needs to prove is it can be the most-used stepping stone between obscurity and stardom.”

In addition, SimilarWeb, a website market intelligent tool, found that SoundCloud now has a “stronger and significant digital presence.”  In all key markets, the company appears to have completely turned things around.  It has great engagement metrics and has grown stronger on the app side.  SoundCloud’s digital presence has even rivaled Spotify’s overall metrics. You can check out a comparison here, provided by SimilarWeb.

Sounds great, right?  Maybe SoundCloud has finally managed to overcome its depressing past and can now head towards a profitable future?  Yeah, not really.

As a whole, SoundCloud has yet to turn things completely around, a feat it never truly accomplish.  The company continues to bleed money.  Its long-term prospects remain mixed at best.  The company’s premium product, SoundCloud Go, has yet to gain traction.  Mulligan estimates that its total subscriber count is around 100,000.  In turn, Spotify has 71 million subscribers.  Apple Music over 36 million.  Amazon recently announced that its Music Unlimited subscriber count has reached the “tens of millions.”

So, what exactly is SoundCloud’s best bet for long-term survivability?  “To get in good enough shape for Spotify to come knocking again,” says Mulligan.  Spotify abandoned a possible acquisition deal two years ago to focus on its direct listing on Wall Street.  Executives posited that purchasing SoundCloud would drag down its long-term prospects, something the first half of 2017 readily proved.  Spotify declined to comment on a possible future acquisition, but Trainor remains hopeful.  Hinting at the company’s long-term strategy, he expects that Soundcloud “will potentially be of interest [to suitors].”

That is, if it can actually manage to make a profit.  And you know, actually provide a truly standout and worthwhile product.

Looks like you have your work cut out for you, Trainor.