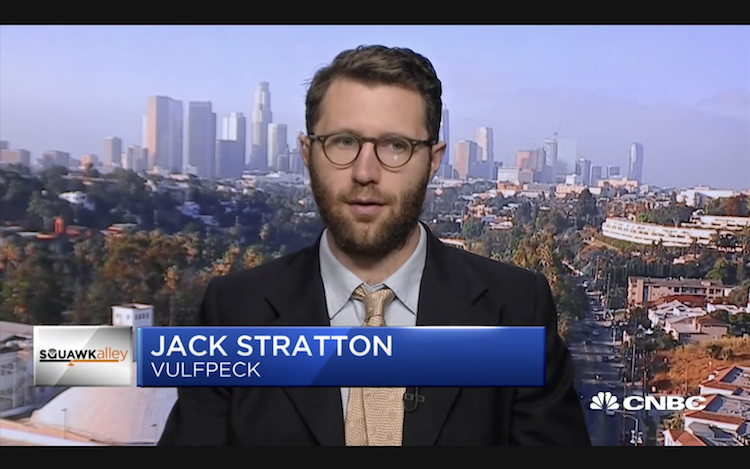 Vulfpeck is one of those bands that either you get or you don’t.

With a private Facebook fan club group (Vulfpack) containing over 27,000 members and over 700,000 monthly listeners on Spotify, it seems many do get them. Vulfpeck is completely DIY – no manager, no label – and they sold out every show on their last tour (selling nearly 6,000 tickets in NYC and over 2,000 in LA). They are headlining Red Rocks in a few weeks and continue to get millions of streams on their nu-funk songs.

The mastermind behind the project, Jack Stratton, constantly fucks with people. Part time video maker, he creates incredible mashups of musical icons, quirky instructional videos and, most importantly, low-fi Vulfpeck music videos that seem to do everything in the opposite way you think they should. They’ve defined a new genre: low volume funk. They break all the rules. But it’s working for them. They haven’t cracked mainstream, but they have fans in John Mayer, Trey Anastasio (Phish) and this writer.

Jack is a very smart dude and truly understands the music business. But you wouldn’t know it from his CNBC interview.

You probably read about them 4 years ago when they famously created the Sleepify album on Spotify.

They asked their fans to listen on Spotify to all of the ‘songs’ that were completely silent, while they slept. Vulfpeck made $20,000 on this stunt before the album was removed by Spotify.

Because of this, CNBC asked Jack to come on their program Monday, live, in advance of the Spotify opening. Clearly they did not do their research about Vulfpeck and Jack.

This maybe be the best interview ever to appear on CNBC.

Solid gold gems that came out of this:

“It was removed under the terms violation that ‘Artists shant make money.’ That term.”

“To understand their artist payout, you need a new currency. I call it the ‘The Pity.’ There are a hundred pennies in a dollar and a hundred pitties in a penny. On a given play the artist will make about 60 pitties.”

“Everyone’s litty lemonade over this IPO… this isn’t Lipitor, come 2050 when nine and a half billion people are on this planet and the population caps and every human, chimp and bonobo in the Congo is listening to DJ Bean Ornish, then this is a contender.”

Watch the full interview below.