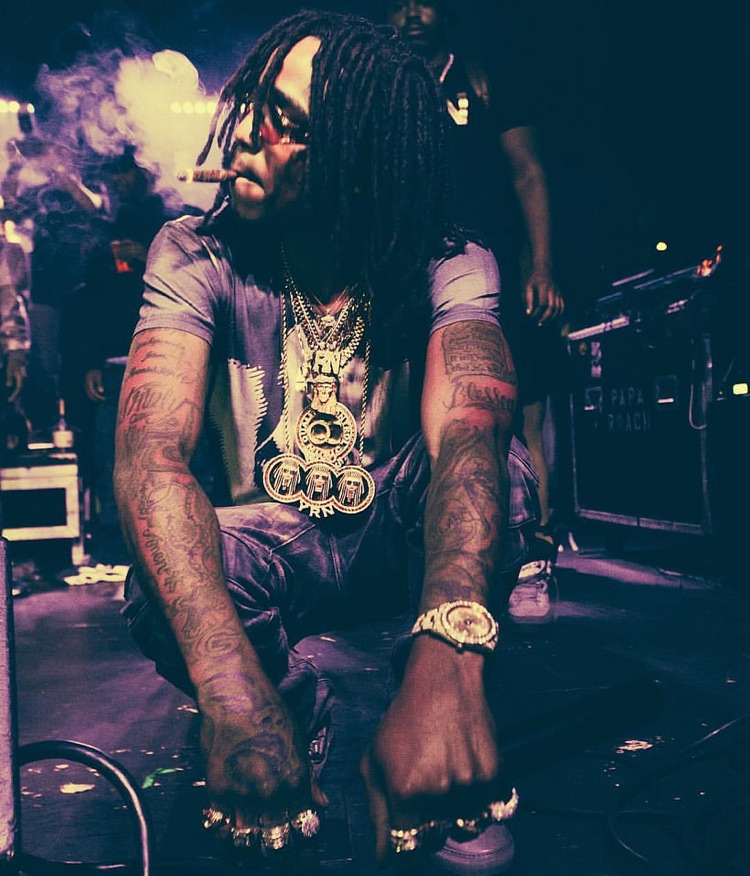 Migos’ tour bus was raided after a concert in Boone, North Carolina.

After their April 5th concert in Boone, North Carolina, the police boarded the Migos tour bus searching for drugs, specifically marijuana.  This was after officers working security smelled marijuana coming from the vehicle.  Actually, the bus successfully pulled out from the venue parking lot, but later got pulled over on nearby highway 105.

Boone Police found 420 grams of marijuana, plus 26 ounces of codeine and Xanax.

Funny coincidence, though the rest was pretty serious.  Arrested and charged was Jharon Ahmad Murphy for felony possession of marijuana with intent to sell or deliver.  Also thrown in was a misdemeanor charge for possession of codeine.

Citations were also given to two unidentified men.  One was for the possession of marijuana and codeine. The other for misdemeanor possession of Xanax.

Exactly how the high-profile trio escaped charges is unclear, but maybe some quick-thinking (or shady payouts) made the difference.  Either way, the tour rolled onward, with a lot less weed in tow.

For Migos, this is hardly the first brush with law enforcement.  The group has been battling a litany of criminal charges and offenses over the past few years, with charges involving drugs, firearms, fights, and endless misdemeanors.  Actually, the group just got sued last month for allegedly inciting a riot back in 2015, specifically by the Washington Avenue Armory in Albany.   The group has also been sued by a fan who got maimed during the violence.